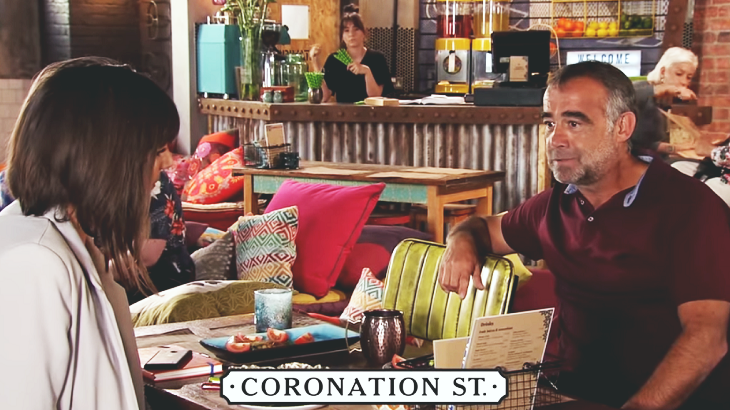 Kevin hasn’t had much luck in the romance department ever since he pulled the plug on his relationship with Sally Metcalfe. But that might soon change as he sets his sights on a new lady love and with the help of his ex-partner, nonetheless. Sally seems to have forgotten and better yet forgiven her ex after he cheated on her with none other than Molly Dobbs (Vicky Bills).

Coronation Street spoilers tease that Kevin will not have the best of weeks. That’s because he’s not too happy about the situation between his daughter Sophie Webster (Brooke Vincent) and her much older girlfriend Paula. If that weren’t enough, Paula let their intruder into the cobbles, as she is seeking revenge on the lawyer for working against them in court.

Kevin will make it pretty clear that he wants her to leave as she put their family in danger. However, he is going to have a change of heart when he realizes just how much Paula makes his daughter Sophie happy. That is, until they have an argument and bust up of their own.

Realising there’s an intruder in No.13, a terrified Jack texts Kevin and hides under his bed!

Later on, Kevin will bond with Abi Franklyn (Sally Carman) when she asks for her old job at the garage back. After she had an embarrassing faux pas with her boss at another garage, Kevin decides to give her a second chance, to which she is going to be over the moon.

Could this be the start of a new relationship? Perhaps. If there’s one person who has taken notice, it’s definitely Sally as she sees just how happy her friend is with her ex-husband. She will even come up with a plan to make sure grow closer together.

With that said, Kevin might want to still keep an eye on Sophie. That’s because Coronation Street spoilers also reveal that Paula might actually have a connection to shady builder Jan Lozinski (Piotr Baumann), who is supposedly running a sex trafficking ring from the local nail salon.

As a matter of fact, Paula will have a very bizarre exchange with Jan on the cobbles, fueling speculation that she might be working with him behind the scenes. And if she is, there is a very good chance she might try to get Sophie to work for him. Of course, fans will have to tune in to find out what will happen next!