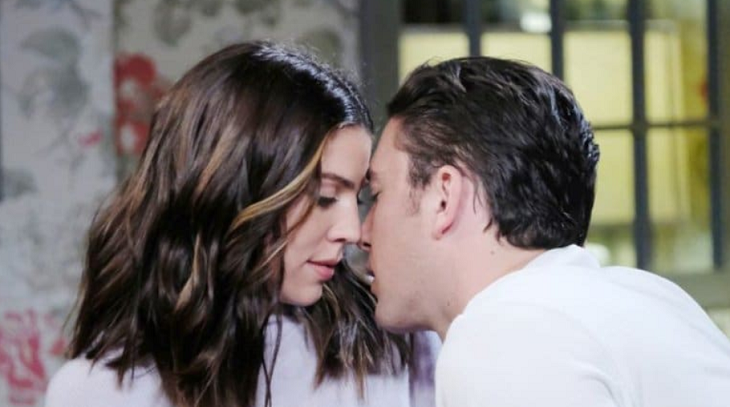 The couple made a life-changing decision to leave Salem back in February, to focus on their relationship. Chad and Abigail haven’t been seen onscreen in several months. Chabby is expected to return to Salem sometime in the autumn of 2019.

Austin Reed (Austin Peck) has been traveling through Europe for about a year. Spoilers tease that Austin will also show up in Paris. Adding to the excitement, a new character will be added into the mix. Juliet (Rachele Schank). There is an air of mystery about Austin’s return via the digital series and how Juliet will fit into the storylines and will this new character leave Paris and come to Salem?

Co-executive producer Greg Mang explained how the app and the traditional broadcast of the NBC drama will work.

“This new scripted digital series was created to complement storylines while enhancing the viewers’ experience as they watch the broadcast show.

“The DOOL App serves as our platform for delivering this and other original content to fans who want an interactive and multimedia experience as well as a way to stay connected to the show. ‘Days’ has been a leader when it comes to innovation, going as far back as 1965 when we were the first to broadcast in color.”

What have Chad and Kate been up to in Paris? Days of Our Lives fans hope the duo have happily reconnected and will stay in Salem. The DOOL spoilers tease this is the first season of the scripted digital series. Could there be more and will be the focus of a second series be on long-lost Salem residents?