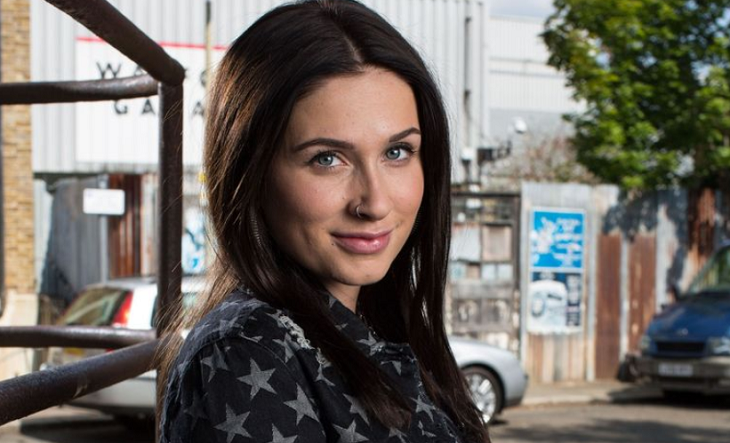 Dot Branning’s (June Brown) granddaughter Dotty is set to return to “EastEnders.” The character, who will be portrayed by Milly Zero, was last seen back in 2010 when she found out that her mother Sandy was alive.

She and her mother to the U.S. to start a new life before ending up in Wales. Although Dotty, who was previously portrayed by Molly Conline, will be all grown up when she returns, viewers can expect her to stir things up once she comes back.

“EastEnders” boss Jon Sen already hinted that the Dotty will be back “with a bang.” He also said, “We’re all super-excited to welcome Dotty back to the Square – sharp-witted and with an eye for human weakness, she’s not afraid to say what she thinks.

“We are also thrilled that Milly will be taking on the role – her versatility as an actress and ability to capture Dotty’s blend of sass, intelligence and vulnerability ensure that Dotty will return with a bang this autumn.”

Zero also expressed her excitement for her new gig on “EastEnders.” “I am honestly so excited to be playing Dotty Cotton and joining the E20 family, especially playing alongside June Brown, who I have been watching on my telly since I was a young girl,” she said.

“Her and Dotty have such an interesting relationship to explore with a complicated history, so I can’t wait to see what the future holds for them. It all feels very surreal and I am buzzing already.”

Dotty was first seen on the soap when she came to town with her dad Nasty Nick Cotton (John Clarkson Stewart). His primary goal at that time was to swindle Dot and convince her that she had dementia before he killed her.

Awkward lunch date for 4? You got it! #EastEnders. Tonight. 8pm. pic.twitter.com/ucZHaB3SWe

Dotty was instructed by her father to kill her grandmother. She refused and instead, spiked her dad’s beer with pills. However, she still called on the police and accused Dot of abuse.

Upon her return, there’s going to be a long list of people who won’t be happy to see her again. Who will these people be? What’s Dotty up to now?