General Hospital Spoilers: What Are Jax And Hayden Really Up To? 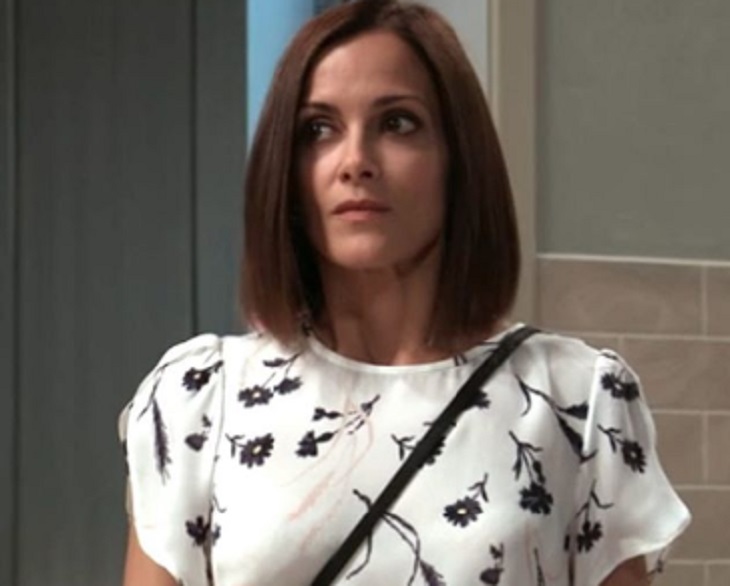 General Hospital spoilers tease that Jasper Jacks (Ingo Rademacher) and Hayden Barnes (Rebecca Budig) will be searching for “an objective” at Wyndemere when they are at the dinner that Nina Reeves (Cynthia Watros) invited them to in Friday, July 27th’s episode of General Hospital!

Hayden would know the layout and all the hiding places and probably about the secret rooms and tunnels underneath, thanks to Spencer Cassadine (Nicolas Bechtel) who then was too young to not know to tell her about them and probably take her exploring!

General Hospital viewers will also recall that Valentin was not quite on board with Nina inviting Jax and Hayden over to their house for a meal at first, Nina having made the invitation as a response to Jax who had a restaurant in mind more than likely.

However, Valentin is seeing a smarter and sneakier side to Nina than he ever has in the past, with Nina having her own agenda to get intel out of Jax, such as when Valentin witnessed her trying to trick information out of Jax about Cassandra Pierce (Jessica Tuck) and what Jax knew about her by suggesting her as a dangerous woman to write about for a follow-up Crimson issue to the one about Ava Jerome (Maura West)! Valentin is quickly finding out that his damsel doesn’t need as much rescuing when in distress as he thought she did! She’s doing a pretty good job on her own!

More than likely, since moving into the mansion once occupied by Nikolas and Spencer and various females at various times, Valentin has upgraded the Wyndemere security to include lots of security cameras, possibly in every hallway and every room, except maybe bedrooms and bathrooms, since Valentin is not a predator like Shiloh Archer (Coby Ryan McLaughlin)!

Hayden obviously would not know about any security upgrades, and obviously Jax wouldn’t either so those security cameras and their feeds might be what Valentin is counting on to get intel on Jax and Hayden and what their plans and conversation might be if Valentin and Nina leave them alone at any time at the dinner table! Valentin also has an objective of his own, and that is to keep Jax away from Nina, and a way to poison her against Jax!

General Hospital Spoilers – So What Exactly Is “The Objective”? What Are Jax And Hayden Looking For?

Hayden may have an objective of her own, and that may be that she wants to find something that will unseat Valentin as the Cassadine heir, feeling like since she was the widow of Nikolas, having been legally married to him at the time of his death, that she should get an inheritance; and although she adores Spencer, does she adore him enough to share the Cassadine fortune with him should Valentin be unseated? Probably not! So what would Jax’s objective be?