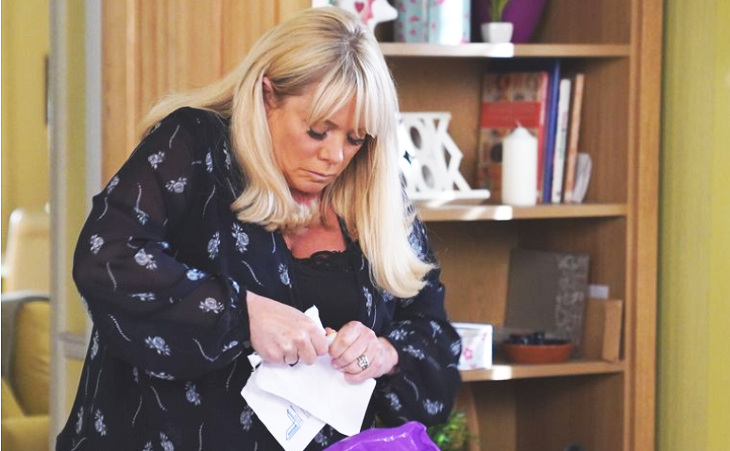 On “EastEnders,” Sharon Mitchell (Letitia Dean)  will finally learn who is the father of her unborn child. Horrified at the discovery that she was pregnant, she’s been left wondering who the father was since she just rekindled her affair with Keanu Taylor (Danny Walters).

To put an end to all her questions, she ordered a secret DNA test, still leaving Phil Mitchell (Steve McFadden) unaware about what’s happening.

Sharon’s nightmare just got more complicated when the results came back and they were not what she expected. According to the test results, Phil isn’t the father of her unborn child, which means it is Keanu’s kid.

Viewers may recall that it was back in May when Sharon found out that she was with child. The problem was she didn’t know who the father was. It could be Phil’s but it could also be Keanu’s. Scared at the thought of what Phil would do once he finds out and the scandal it will cause her family, Sharon thought of having it terminated.

Unfortunately, Phil caught her checking out abortion websites and had no choice but to tell him that she’s pregnant. Phil immediately assumed that it was his and was delighted by the news, not knowing that his wife was having an affair with Keanu.

Not knowing what to do, Sharon apologized to Phil but she didn’t tell him the truth. She simply said it was because of her blood test results. Sharon tried to cover up her secret. However, she made a big mistake of throwing the letter in a plastic bag and throwing it in the trash bin.

EastEnders Spoilers – Phil Mitchell Will Be Attacked And Left For Dead

Bailey Baker (Kara-Leah Fernandes) was quick to get the plastic bag and dumped it at The Arches to teach Phil a lesson. But that’s not the only thing that Sharon has to deal with. Keanu will see through her tears and may find out that he’s the father of her child.

After getting the results, Sharon will make the mistake of telling Ben Mitchell (Max Bowden) that Phil has cut him out of his will in favour of Keanu. With secrets starting to be revealed, the Mitchells will be facing a lot of trials and tribulations in the coming episode.

Spoilers also reveal that Phil will be brutally attacked on the July 30 episode. Phil will be left for dead after getting caught up in an altercation. By the end of the week, his attackers will try to cover their tracks. The question now is how far are they willing to go?