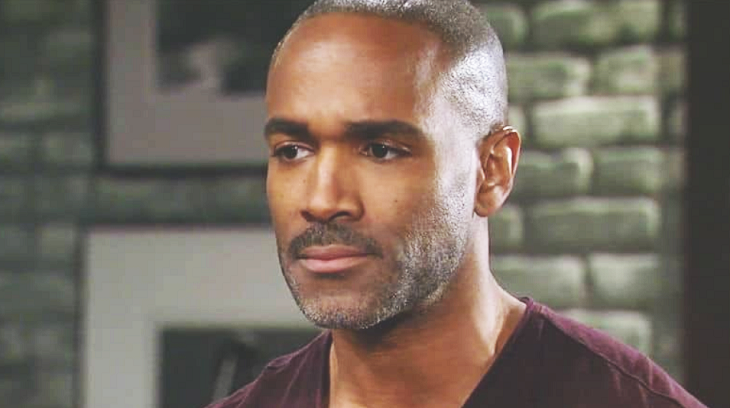 General Hospital spoilers tease that Donnell Turner (Curtis Ashford) is turning up the heat in Port Charles in more ways than one. That’s because he’s on a mission to find out the truth. But before that happens, the handsome actor opened up a little bit about his character and all of the attention he’s been getting lately. Here’s what you need to know.

It’s without a doubt that Turner’s character Curtis is in a pretty hot storyline, as he’s working at Aurora and spying on Jasper Jacks (Ingo Rademacher) at the same time.

While asked if he’s enjoying it, Turner told Soap Opera Digest in an interview: “I’m having fun with it, for sure. He’s got a job within a job within a job! There are some double and triple crossings that make for some good soap opera. I’m pleased to be in the mix.”

General Hospital News – Turner Is Flattered By Compliments From His Fans

And hot seems to be a word often associated with Turner, or at least put in the same sentence with him, at least according to his fans!

Turner seems flattered by all of the compliments as he said, “It’s better than the opposite! Growing up my mom made sure that her sons were aware and conscious of our appearance.

“She taught us, ‘You are your business card,’ and we were always mindful of that, that how you look is your first introduction to people. I like to present myself well.”

General Hospital Spoilers – What Could Be Ahead For Curtis Ashford?

When asked who are the biggest stars in the business right now, Turner added, “I like what Idris Elba is going. The Rock stars busy. Kevin Hart. I like how they have managed their careers. If I had a vision board, they would be on it.”

And while there’s no doubt that fans would love to see Turner in more projects, both on and off the big screen, we are definitely enjoying all of his screen time on General Hospital.

Now as far as what’s in store for Curtis remains to be seen. And as always, don’t forget to check back with Hollywood Hiccups for all the latest news, updates and spoilers on General Hospital and all of your favorite daytime Soaps right here!