General Hospital Spoilers: What Does Shiloh Really Want From Drew? 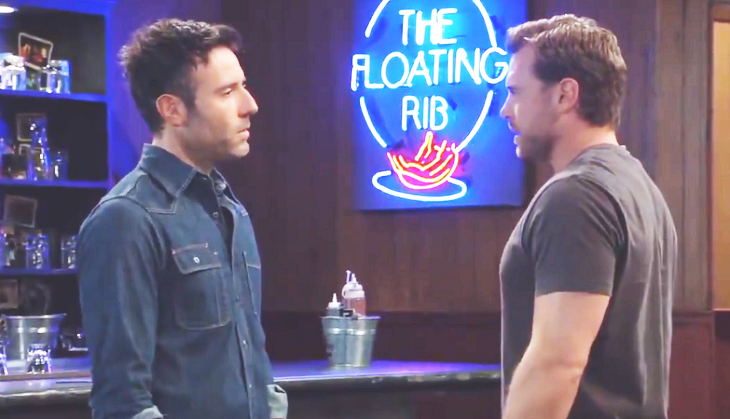 General Hospital spoilers tease that everyone seems to be asking the same question here: what is it that Shiloh Archer (Coby Ryan McLaughlin) really wants from Drew Cane (Billy Miller)?

By now everyone knows that Shiloh only does things to benefit himself or advance his position as a controversial cult leader or someone who simply just wanted to manipulate other people.

But with Drew it might be a little different, seeing how these two have a history together. Here’s what you need to know.

Shiloh and Drew actually know each other from their time as former Navy SEALs. Drew apparently saved Shiloh from a jeep explosion and set him on a new path in his life.

Actor Coby Ryan McLaughlin, who plays Shiloh on the hit ABC soap, recently told Soaps in Depth in an interview, “Shiloh really does owe Drew his life and is indebted to him. Drew makes him a better person. As a matter of fact, I think Drew is the only person who ties him to a sort of man he aspired to be.”

But as far as what kind of man Shiloh aspires to be, McLaughlin added, “It’s this Dr. Jekyll and Mr. Hyde mentality.” And to that, we definitely agree!

“His reality is so skewed and altered. Shiloh admits that he wasn’t a great guy back then, yet he also claims he and Drew were buddies,” McLaughlin said. “Perhaps what’s most important here is that when it comes down to it, Shiloh isn’t really a reliable source.”

With that said, it will be interesting to see what this shifty cult leader will do next as he seems a little too interested in reconnecting with his old friend as he is with Drew’s memories locked on that flash drive.

Needless to say, if there is one person who shouldn’t be getting their hands on that flash drive it’s without a doubt Shiloh Archer. Of course, fans will have to tune in to find out what will happen next!