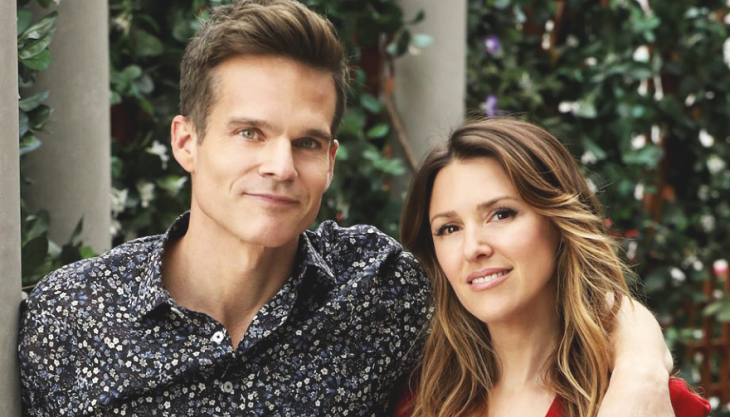 Fans were delighted to see one of their favorite characters, Kevin Fisher, back on screen as Greg Rikaart reprised his role on “The Young and the Restless.” Since his return on June 7, Kevin has been causing a lot of trouble in Genoa City, and exciting things are bound to happen now that he’s back in town. With Kevin back on the canvas and Chloe Mitchell (Elizabeth Hendrickson), Kevin’s flame, in the city as well, viewers want to know what to expect.

In an interview with Soap Central, Kevin’s portrayer, Rikaart had a lot of things to share about his return and the future of Kevin and Chloe. He’s been very busy this summer, he shared. He’s been solo parenting while his husband Robert Sudduth is away in Atlanta for work.

He’s super excited and grateful that the show decided to bring back Kevin. He added that he really didn’t know the specifics about Kevin’s return, but he knew that he was in good hands especially since he’s worked with Josh Griffith, the show’s head writer, before.

Young And The Restless Comings And Goings: Cait Fairbanks Off Contract As Tessa?

Young And The Restless News – Kevin Fisher And Others Have Evolved

He was also ecstatic that Chloe would come back also.“I adore Lizzie, and I love Kevin and Chloe’s relationship,” he said. “And I love that we get to see more of them.

“Her coming back really affects a lot of relationships on the show, so it’ll be fun to see what’s going to happen between Chloe and Chelsea [Melissa Claire Egan], Chloe and Adam, Chloe and Billy (Jason Thompson), and tangentially, how Kevin, of course, will be affected by all of those things, too.”

Rikaart said being back as Kevin feels the same since the last time he was on the show. However, he also acknowledged that his alter ego and other characters on the show have evolved. During the interview, Rikaart didn’t disappoint. He dropped some hints as to what viewers can expect from Kevin and Chloe.

“Keeping the secret that Chloe is alive will be a lot more challenging for Kevin in the coming weeks! You can expect some fun twists ahead for Kevin and Chloe, and they may be bringing someone else along for the ride…” Rikaart teased.

“It’s sort of the past and present colliding, and I think, as we’re starting to see with Billy, it seems like we’re revisiting some of the trauma caused by Delia’s death, and I think there’s going to be more to see about that.”