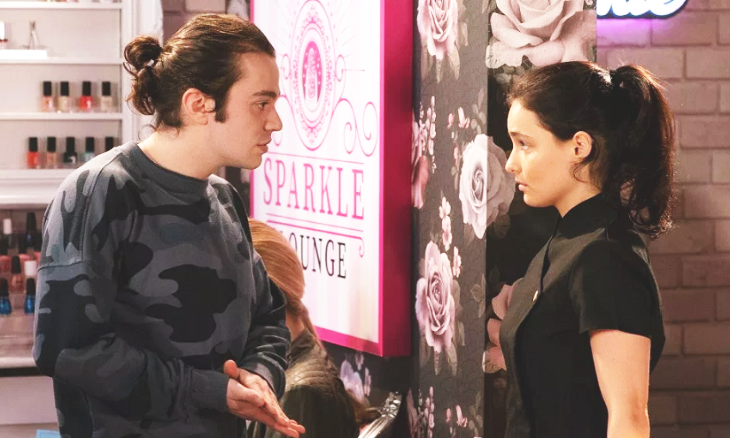 Coronation Street spoilers for Wednesday, July 31 find Seb Franklin (Harry Visioni) attacked and left for dead after he snoops and tries to find out what is really going on behind the scenes at the nail salon.

It begins with Seb taking matters into his own hands and trying to find out exactly what is going on with his girlfriend Alina Pop (Ruxandra Porojnicu). After finding out that she lives in squalor, Seb is now more determined than ever before to find out what’s going on and hopefully save her from danger.

However, he finds himself in danger when he is lured into a trap. Thinking that he is about to meet Alina, he gets attacked by someone, beaten and left for dead. Jan sees him and drives him to the hospital and leaves him in the emergency department.

Seb’s mother Abi Franklin (Sally Carmen) gets a phone call about her son being in the hospital. She then tells Eileen, who calls Jan. The builder lies to her and tells her that he is working on a project in Birmingham. Eileen quizzes Jan about the attack but he is adamant that he was out of town.

Realizing that something is not right, Eileen heads to the salon where she finds Jan putting the shop’s fixtures into the back of a van. Soon enough, Eileen will be left horrified when she finds out that her new lover Jan might be connected with the human trafficking ring that has apparently taken over Weatherfield.

But then again, he does have another lover on the side, so it’s not like he’s going to be left all on his own. However, Coronation Street spoilers tease that Robert’s double life between Vicky and Michelle Connor (Kym Marsh) will soon be threatened.

TONIGHT AT 7.30 & 8.30PM. Robert’s horrified to realise Tyler’s awards ceremony is the same function that he'll be attending, as Michelle and Alya are doing the catering.

“That leaves him with a huge decision over whether he stays with Michelle, the woman he loves but who doesn’t want a baby, or leaves her to guarantee a new life as a father?” One insider close to the situation told The Sun. “Either way, it results in Michelle leaving the cobbles for good — but not before the inevitable whirlwind of drama has played out.”

Fans will have to tune in to find out what happens next. Keep up with Hollywood Hiccups for all the latest news right here.