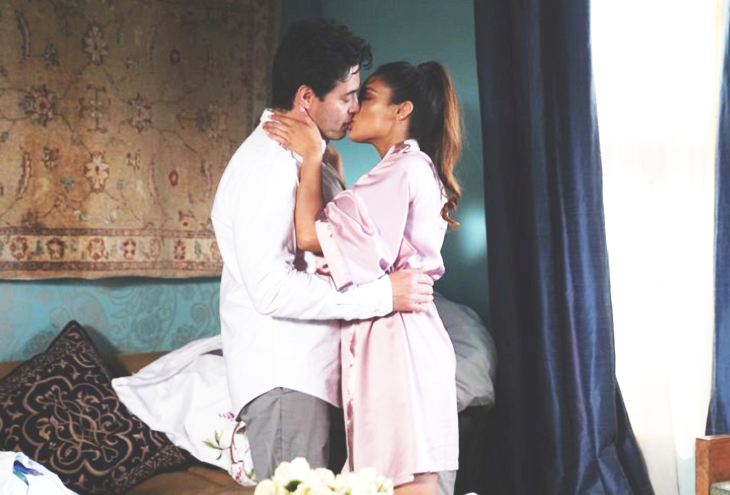 Habiba Ahmed (Rukku Nahar) may face another heartbreak next week as she comes up with a plan that will help her learn the truth about Adam Bateman’s (Stephen Rahman-Hughes) real feelings for her.

“EastEnders” viewers know that she’s fallen head over heels for Adam to the point that she’s already planning for their future.

However, it seems like her cheating lover doesn’t feel the same way as it becomes more obvious that he has no plans of leaving Honey Mitchell (Emma Barton) anytime soon despite the promises he’s made to Habiba.

EastEnders Spoilers – Honey Mitchell Continues To Be In Complete Denial

Honey has been warned about Adam’s indiscretion, but she continues to deny he’s cheating on her and doesn’t want to confront him about it.

With her ex-husband Billy constantly warning her not to trust Adam, Honey will give him a piece of her mind about meddling in her relationship. Viewers know that Honey and Adam have taken a huge step in their relationship when they both decided to live together.

Honey has had her own set of suspicions. Viewers may recall that she spotted him in an incriminating position with Habiba, whom he’s having an affair with. She saw the two sharing an intimate moment together on the CCTV.

When she confronted him about it, Adam managed to lie his way out and ease Honey’s doubts. Despite that, Honey still remains with Adam, who’s continuing to have an affair with Habiba.

Habiba makes an excuse why she can’t come to work but her sister Iqra Ahmed (played by Priya Davdra) knows that she’s lying. Later she finds her with Adam and tries to make her see what kind of man she’s with. Adam leaves but Habiba tries to chase him. Fortunately, Lola was there to talk some sense into her.

“Nothing ever changes.” #EastEnders pic.twitter.com/8yCafcQTNQ

After a tense confrontation between Lola and Habiba, the latter starts to think things through especially her relationship with Adam. With Lola’s words still lingering in her mind, she comes up with a plan that will reveal where Adam’s loyalty lie. Habiba sets a trap for Adam. The question is will she like the consequences? Or will she end up getting hurt in the process?