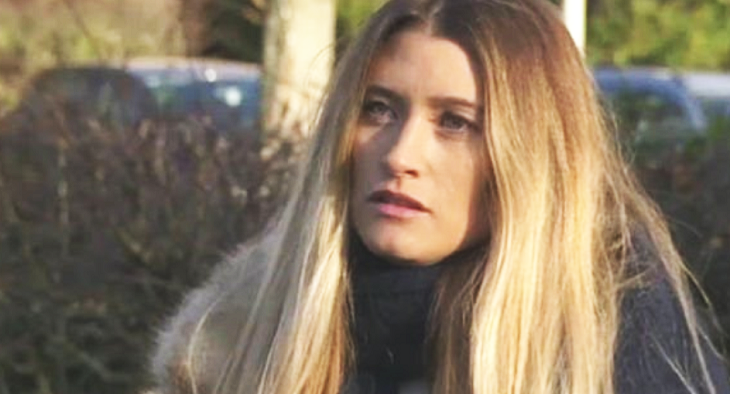 “Emmerdale” viewers know that Debbie Dingle is exiting the show temporarily as her portrayer, Charlie Webb go on a maternity leave. Recently, the show has revealed more information as to how the character will leave the canvas. Debbie will leave the village and move to Scotland next week.

Debbie will get different reactions from her daughter and her father. Sarah Sugden (Katie Hill) encourages her to make the move while Cain Dingle (Jeff Hordley) reacts differently when she tells him the news.

Her father is furious when he finds out that she plans to start a new life in the Scottish Highlands and is worried about how Charity Dingle (Emma Atkins) will feel once she learns about Debbie’s plans.

But Debbie has something in mind to get Charity on her side. She plans to give her and girlfriend Vanessa Woodfield (Michelle Hardwick) Woodfield her house.

As the pair feel excited about moving into Debbie’s home, they’ll be in for a shock because there’s a catch to the offer.

Webb announced that she’s already on maternity leave on July 31 and confirmed that she has already finished filming her scenes on the ITV soap. In a tweet, Webb shared, “First day of maternity leave and the sun’s shining. YES! I’ll be found in the garden sunbathing (for about 20 seconds before one of the kids need me).”

Emmerdale Spoilers – Charlie Webb’s Third Pregnancy Was A Difficult One

On July 29, she shared a snap of her newborn on Instagram and captioned, “BaByWoLf #3 has joined the crazy gang. We’re in a bubble of newborn’ness heaven.” Webb and partner Matthew Wolfenden, who plays David Metcalfe on the soap, still have to reveal the gender and name of the baby, who’s joining their two sons Buster and Bowie.

Webb’s third pregnancy wasn’t an easy one. She revealed that she’d been diagnosed with symphysis pubis dysfunction.

“It’s when your muscles have relaxed too much ready for the birth. It’s agony. I’d be lying if I said I really enjoy the experience of getting bigger but I appreciate what my body is doing. I think pregnancy is amazing,” she explained. Wolfenden also described Webb’s pregnancy as “particularly brutal” this time around.