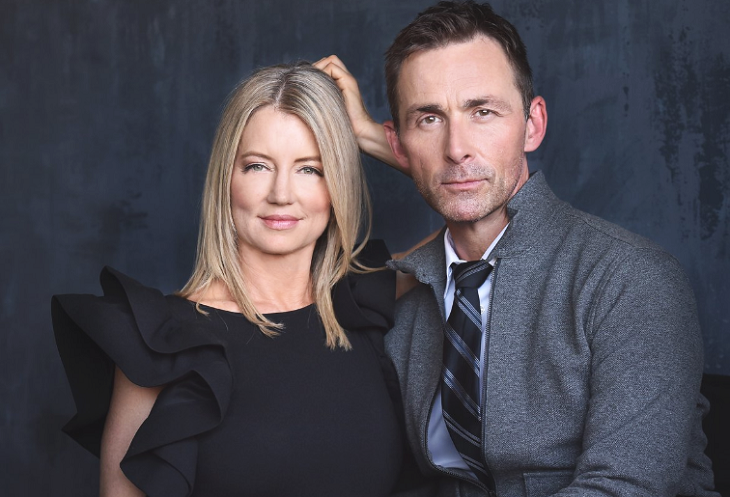 General Hospital has seen plenty of face swaps in recent years but for actor James Patrick Stuart (Valentin Cassadine) this one here is a little personal.

That’s because he was very close to his former co-star Michelle Stafford, who left her role as Nina Reeves to take on a her previous role as Phyllis Summers on The Young and the Restless. Actress Cynthia Watros has since then taken over for her. Here’s what Stuart had to say.

In a new interview with ABC Soaps in Depth, Stuart says that while he definitely misses having Michelle on set, he understands why she made her decision.

One of the reasons why Stafford’s move to The Young and the Restless was a controversial one was because actress Gina Tognoni was allegedly fired from the hit CBS soap.

A lot of fans were none too pleased to hear that Stafford would be replacing her, even though she originally played Phyllis back in 2013 before she moved to General Hospital.

“It’s her life, it’s her decision, it’s her career. The core group of people who were most dramatically affected by it all heard about it in a small moment,” Stuart said. “But the thing that Frank Valentini and me and the producers and everybody over at General Hospital have in common is that we love Michelle.

“So there wasn’t any bad blood at all. There couldn’t because we adore her. There was nothing you could feel except for love for her and when we found out that she was leaving, we just wanted to love her as long as we could.”

Stuart also added that Stafford’s departure from the show is what he can best describe as “a stumble that we knew we would have to try to recover from.”

With that said, Stuart also added that he and Cynthia Watros get along very well and that so far it’s been smooth sailing with the actress. He praised Watros’ work as Nina by adding, “She’s definitely laying the groundwork for the inevitable payday.”