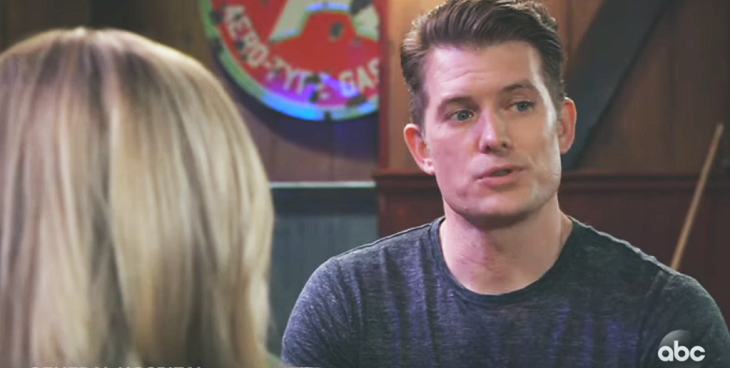 Apart from making another appearance on “General Hospital,” Mark Lawson, also known as Dustin Phillips on the sudser, recently guest-starred on an episode of Animal Kingdom on TNT. And viewers are hoping they’ll see more of him in the upcoming weeks on General Hospital.

Lawson reappeared as Dustin last week on “General Hospital.” Lulu, who’s still reeling from the news that Dante Falconeri (Dominic Zamprogna) wants to divorce her, was forced by Maxie to head out for some drinks. They eventually ran into Dustin and the girls joined him for a while.

Viewers may recall that he first appeared as Lulu’s blind date while she was hunting for a thief who was robbing his date’s house. After the pair was first seen onscreen, viewers already loved their chemistry and many of them were rooting for them to be a couple.

Well this is awesome! Two gigs airing today! @generalhospitalabc at 2pm @animalkingdomtnt at 9pm! So very grateful for the momentum that has built in the last few years. Please let me know what you think! #actor #workingactor #gratitude #trainasif #tnt #abcstudios

It was reported that Dustin would return to “General Hospital” and it was also teased that viewers might see more of him for a while. Some viewers may have recognized Lawson for his past gigs as Brody on “One Life to Live.”

Although Lulu and Dustin seem to make a great pair, Lulu is unlikely to be interested in finding new romance since she’s still left shocked that Dante wants to get a divorce.

But Dante has been gone for some time now and it’s still possible for her to fall for a guy who’s willing to be there for her and her children.

Dante made it clear that Lulu needs to move on. Besides, the character has been off the canvas for so long now. Although Zamprogna may return to play the role, the writers always have the option to recast the character, kill him off, or just make sure that he divorces Lulu so she can find closure and finally move on with her life.

With many viewers rooting for Lulu and Dustin, the two may end up being a couple. Some would even settle for a quick fling. But all that will depend on the writers and showrunners. All viewers can do now is wait.