Bold And The Beautiful Denise Richards Joins Cast Of BH90210 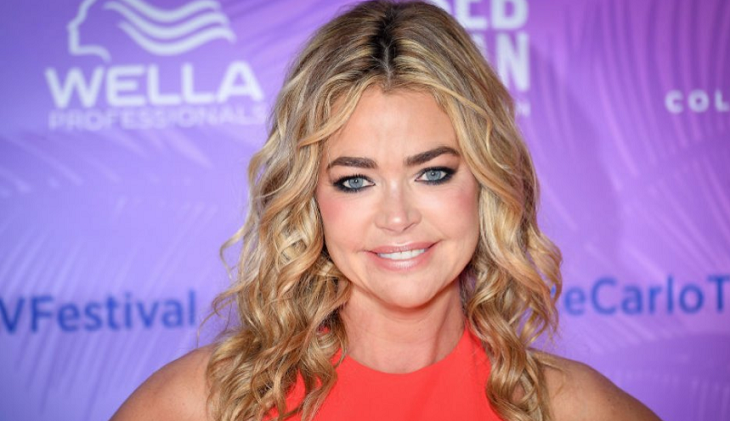 Denise Richards, the actress behind the “Bold and the Beautiful’s (B&B)” Shauna Fulton, has been keeping herself busy with several projects.

Aside from her gig on B&B the show, Richards has joined the cast of the “Beverly Hills 90210” reboot, “BH90210.” The good news was revealed in an Instagram post shared by fellow co-star Tori Spelling.

Richards immediately responded to Spelling’s announcement and said “Thank you for including me T❤ …. and having me part of @bh90210 journey 🙏 💕talk about everything comes back full circle. One of my very first jobs was #beverlyhills90210 ❤ love all of you guys.”

Last week of filming @bh90210 AND 8 more days till our premiere on @foxtv (Wednesday, August 7)! – Can’t wait to share with you all the fun we’ve been having being back together. For anyone who’s ever said “You can’t go home again” we are living proof that you can! I’ve had some of the best laughs, hugs, shared memories, great realizations, and feeling of life coming full circle this summer! I love all of my old family and all of the new family members we’ve welcomed. #ASummerToRemember #LetsDoItAgain #Memories #Love #Family #bh90210

The cast members took a break from filming to celebrate the producer Ruthanne Secunda’s birthday. Spelling posted a photo of them on Instagram with a caption, “All work and no play makes the #bh90210 cast no fun… So last night, the cast, producers, fab costume designer @mandiline, my hair bestie @laurarugetti, and some of our spouses went to a much needed group hangout to celebrate our friend & producer @ruthannesecunda22 belated birthday and to just all share some good food, wine, and conversations together (you were missed @jason_priestley and @snowboardercollie) as we enter our final week of filming (well, for this season) of @bh90210.”

Richards, who is also a cast member of “Real Housewives of Beverly Hills”, appeared in an episode of the 1990s hit TV series as Robin McGill back in 1992.

The original series, which had a total of 10 seasons, first aired in 1992 and ran until 2000. Richards revealed that the filming of the first season will wrap up on Friday and even hinted a season 2. Isn’t that exciting?

Bold And The Beautiful News – Richards Says She Will Treasure Experience

“Can’t believe we are shooting the season finale now and will be done filming on Friday,” Richards wrote.  “It’s been an incredible experience this first go around with friends from the past. An experience I’ll never forget and treasure forever. Can’t wait till we film Season 2!”

Viewers and fans of the TV series will be delighted to see the original cast members come back on screen for the reboot including Ian Ziering, Shannen Doherty, Jason Priestley, Jennie Garth and Gabrielle Carteris, and Tori Spelling. “BH90210” will premiere on August 7 on FoxTV.