Bold And The Beautiful Spoilers Friday, August 2: Flo Confesses All To Liam And Wyatt – Thomas Flees With Hope 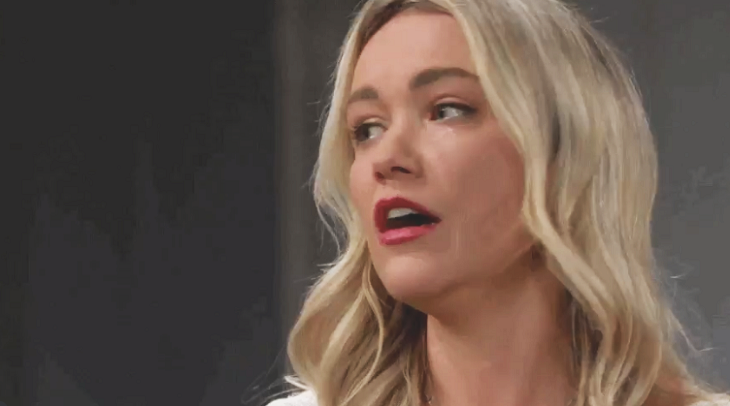 The Bold and the Beautiful spoilers for Friday, August 2, tease that Liam Spencer (Scott Clifton) and Wyatt Spencer (Darin Brooks) will demand some answers from Florence “Flo” Fulton (Katrina Bowden). As B&B viewers know, she’s just admitted that she never gave birth to Phoebe Forrester (River Davidson and Madeline Valdez) and that Hope Forrester (Annika Noelle) is the one who actually gave birth to the baby everyone has been calling Phoebe.

At this point, Liam will want some answers about how Beth Spencer ended up becoming Phoebe, and he’ll demand that Flo start from the beginning and not leave anything out, starting with what happened on that terrible night on Catalina Island. In the course of explaining, Flo will reveal that Reese Buckingham (Wayne Brady) was the person who orchestrated the baby swap, so that he could later make money off a private adoption and pay off his gambling debt.

Flo will explain how Reese then asked her to step in and play the role of birth mother to Beth, to facilitate the adoption. Of course, at that point Flo didn’t know that the baby was stolen, and she’ll probably try to explain that, although B&B spoilers indicate that Liam will be quite angry with Flo as she’s recounting her story.

Soon, all the details will become clear to Liam, including how Reese must have been the “colleague” of Taylor Hayes (Hunter Tylo) who arranged the private adoption of “Phoebe” to Steffy Forrester (Jacqueline MacInnes Wood). He’ll also learn about how many others, including Zoe Buckingham (Kiara Barnes), Xander Avant (Adain Bradley), and Shauna Fulton (Denise Richards) came to know about Phoebe being Beth.

Finally, talk will turn to Thomas Forrester’s (Matthew Atkinson) involvement in the matter, and Flo will spill how he learned about the secret, then threatened everyone else into keeping it so he could have Hope all to himself. And finally, Liam will learn that Emma Barber (Nia Sioux) lost her life while she was on her way to tell Hope the truth about Beth.

While Flo will experience some relief upon telling the truth after all this time, Liam and Wyatt will be experiencing very different emotions. According to B&B spoilers, Liam will be furious with Flo for what she’s done. Of course, he’ll be furious with everyone who ended up keeping the secret along the way, but he’ll probably feel that Flo could have come forward long ago, way before Thomas started threatening her. As for Wyatt, he’ll be absolutely stunned. Honesty is very important to Wyatt in a relationship, and he probably won’t be feeling much compassion for high high-school sweetheart.

Meanwhile, on Friday’s new episode of B&B, Thomas will be ready to enjoy a night alone with Hope when he gets some troubling information. According to B&B spoilers, he’ll talk with Steffy, who will be upset about what has just happened with Liam and Douglas Forrester (Henry Joseph Samiri) at her house.

As B&B viewers know, Steffy just witnessed Liam come to the realization that Phoebe is Beth, after Douglas repeatedly stated as much. Steffy, who just can’t process what’s going on, will likely blast Thomas for what Douglas has been saying about Beth, since Liam told her that Douglas heard it from Thomas. Of course, that will tip off Thomas that Liam now knows the truth.

Fearing that Liam is onto him and could easily track him and Hope down at the hotel, Thomas will take drastic measures. According to B&B spoilers, Thomas will try to flee, and he’ll take Hope with him. Exactly how it happens remains to be seen, but it looks like Thomas will leave the hotel with Hope. Ongoing B&B spoilers indicate that the two will wind up at Forrester Creations, where Liam will eventually find them.