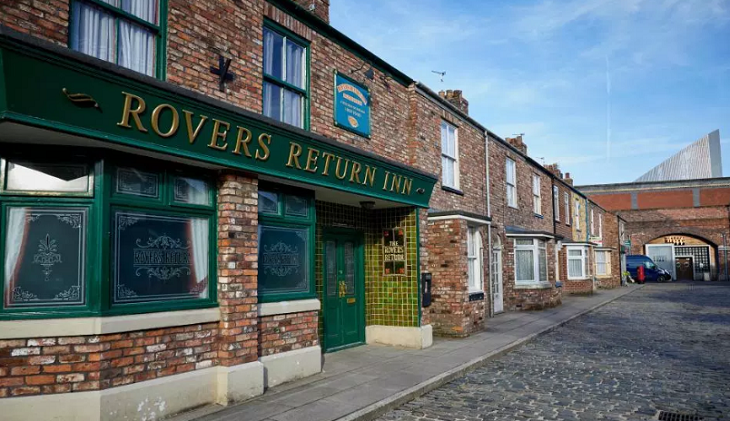 Coronation Street spoilers tease that there’s a good chance that Rovers Return might be closing its doors! As a matter of fact, Jenny Bradley (Sally Ann Matthews) might have some huge plans for the iconic Weatherfield pub, which has a lot of people wondering what might be in store for the boozer. Here’s what you need to know.

Apparently, Jenny wants to make the pub more profitable than it already is by converting it into a Bed and Breakfast instead. She even has some plans to help with the finances with a newcomer in town. However, it might be hard for Jenny to convince Johnny Connor (Richard Hawley) of her idea.

When Johnny finds a lad by the name of Ed Bailey (Trevor Michael Georges) taking some measurements in his daughter Kate Connor’s (Faye Brooks) room, he takes matters into his own hands and lets Jenny know exactly what he thinks.

Coronation Street Spoilers – Won’t Choose Between Her And His Daughter

He tells her that there’s no way that he will choose between her and his daughter and if Jenny continues to make moves like this, she is going to regret it.

If that weren’t enough, Johnny also lets Jenny know that she’s making Kate feel uncomfortable living in the pub, and this might have something to do with Kate’s decision to leave Weatherfield with Imogen Pascoe (Melissa Johns).

A lot of fans are hoping that this won’t be the last that they see Kate, but she’s been in a bad place ever since she lost her fiancé, Rana Habeeb. Rana tragically died in the roof collapse at the Underworld Factory.

Coronation Street Spoilers – What’ Next On The Agenda For Kate Connor?

The tragedy has gripped the entire town, as many people are still trying to figure out who is responsible for the supposed accident. Little do they know that it’s actually Gary Windass (Mikey North).

Earlier this year, actress Faye Brooks announced that she would be leaving Coronation Street. One source behind the scenes at the hit ITV show has said, “It’s an exciting and really emotional time for Faye as she’ll be saying goodbye to the soap in a couple of days.

Who are your favourite Coronation Street besties? #NationalGirlfriendsDay #Corrie pic.twitter.com/8fUwAOXbZM

“She’s had such an amazing time there but made the decision in April to leave at the end of her contract. Her last scenes won’t air until September but she won’t be on the set again after Friday. Everyone will be really sad to see her go.”