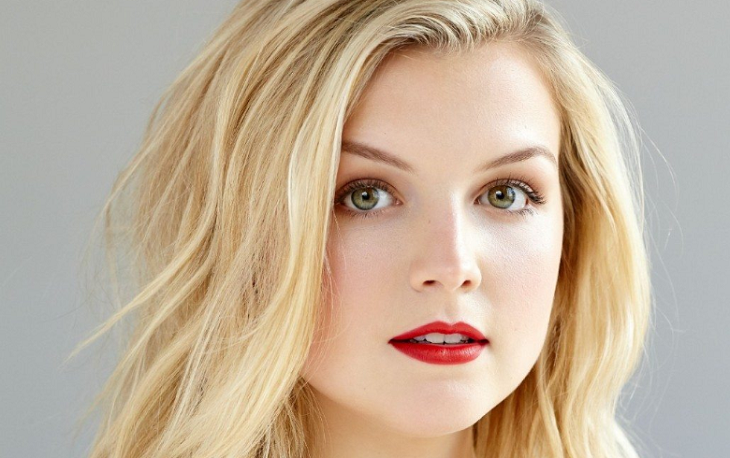 The Young and the Restless [Y&R] spoilers reveal that a new character is headed to Genoa City. Anna Grace Barlow has been cast in the role of Zoe Hardisty.

Barlow shared the news, reported originally by Soap Opera Digest, on Instagram. “thank you to everyone at @youngandrestlesscbs & @cbsdaytime this is a dream !!!!!!” The actress’s first airdate is Monday, August 15.

The summer months sizzle on The Young and the Restless and spoilers tease that Zoe will make things hotter, if that is even possible. The 25-year-old actress will fit right in with the Y&R Millennial generation.

Young And The Restless Spoilers – In Competition For Theo Vanderway?

There could be a little competition for Tyler’s attention. Summer might step up her game and turn a no-strings-attached fling into something serious. Summer does have a reputation for jumping the gun when it comes to men. Barlow has similar looks to King. Are viewers in for another twin separated at birth storyline?

Y&R spoilers also tease that Zoe Hardisty will shake things up. Is she connected to the Newmans’ or the Abbotts’? We’ll need to wait to see how this plays out when Zoe arrives in Genoa City. Be prepared for the storyline to unfold slowly.

She is no stranger to the small screen. You might remember her as Zoe on The Fosters on the Freeform network (formerly ABC Family). Anna has also had roles on hit shows such as Lucifer [Lexy Shaw], Commanders [Aurora], Bones [Esther Hayes], Major Crimes [Krista Matson] and Scream Queens [Bethany Stevens].

In addition to joining the cast of The Young and the Restless, Anna will appear in the role of Willa on the new TV series Solve. Barlow is also listed in the role of Margot McCandless in the TV series Team Kaylie.

Don’t forget to check Hollywood Hiccups often for the latest “Young and the Restless” spoilers, rumors, updates and news.

The Young And The Restless (Y&R) Spoilers: Rey’s A Fool, Believes Chelsea’s…