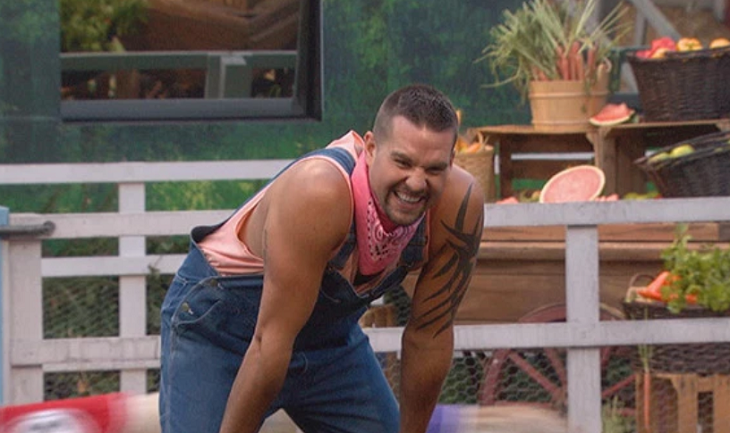 Sam Smith was not happy when Nick Maccarone won the POV and took himself off the block; he knew that he would really have to campaign hard to get a floater put up as a replacement if he had any chance left in this BB21 game.

In the end, Christie Murphy put up Kathryn Dunn as a replacement nominee. Sam was visibly upset and knew that he was in a lot of trouble. Christie’s plan was to put Kat up as a decoy, and to get rid of Sam.

Sam panicked! But this guy is smart and he went to Jackson Michie and told him everything he had planned for his eviction speech – he no longer had anything to lose.

He revealed that Christie wanted to target the two Jacks, being Jackson and Jack Milagros. He also told him that when Cliff Hogg II was the HOH, Christie told him she didn’t care if one of the Jacks went up because she wanted them gone anyway.

He went on to say that Christie lied about he and Nick bullying her to play the game the way they wanted. And the nail in the coffin, he revealed that Christie started to make an alliance with the other side of the house – she was working both sides! To back up Sam’s story, he said that he already told Analyse (Sis) Talavera, which was true. Jackson knows Sam is telling him the truth.

Jackson went to speak to Jack and told him everything. Jack is very disappointed with Christie and now makes it very easy for him, because he knows who is going to be the first to go out of the six.

Jack is also disappointed in Sis, she didn’t tell him anything and kept Sam’s word, so who is she working with anyway? Jack says this makes him worried about Tommy Bracco because is so close to Christie, but Jackson doesn’t agree – he thinks Tommy is solid.

Who will go home tonight? Find out at 9/8c on @CBS and @CBSAllAccess: https://t.co/h3hGiGyibT #BB21 pic.twitter.com/CSYxofTxKW

Tommy and Christie talk, he suggests to her that maybe they should get rid of Kat, just to mess with Holly and Jackson!

It will be very interesting to see who the house votes to evict. Alliances are are starting to crumble, house guests are backstabbing – this is Big Brother!