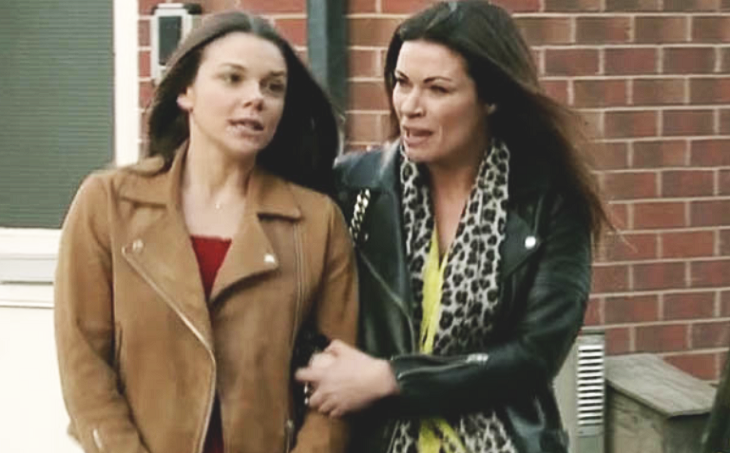 Coronation Street spoilers tease that there might be another member of the Connor family looking to take a break from the cobbles. That’s because there’s speculation that Kate Connor (Faye Brookes) might be leaving Weatherfield.

As a matter of fact, Kate even hinted that she has plans to visit Japan after talking to Carla Connor (Alison King) about some of the things that she wants to do with her life. Here’s what you need to know.

As many fans know, Kate hasn’t been herself ever since her partner Rana Habeeb was tragically killed in the Underworld Roof collapse that devastated the community.

Even though Carla blamed herself for the tragic accident, it was Gary Windass (Mikey North) who was responsible for it, and of course Rana’s death.

Coronation Street spoilers now indicate that Kate wants to fulfill a dream that Rana never got to do herself – visit Japan. She even tells Carla all about the hopes that Rana had before she died.

“Rana had this thing with Japan. Kyoto especially,” she said. “She wanted to see the geisha’s, visit the tea houses. But Jenny’s right. These trips cost loads, more than you think.”

Coronation Street Spoilers – Will Kate Connor Be Heading To Japan?

In her response, Carla suggests that Kate pull in more shifts at the Bistro in order to help her save for her dream trip to Japan. “There’s plenty of extra shifts. It would mean working with me, though,” Carla told her, with Kate accepting the offer.

So, does this mean that we will be seeing less of Kate Connor in the future? It looks like that’s the case as actress Faye Brooks announced back in April that she would be leaving the hit ITV show. She even said in a statement to the press, “After four fabulous years in Weatherfield, it’s time for me to explore new opportunities. I’ve loved playing Kate Connor, but she needs a break for a little while, and so with a song in my heart I’m off to pastures new.”

Who are your favourite Coronation Street besties? #NationalGirlfriendsDay #Corrie pic.twitter.com/8fUwAOXbZM

It’s without a doubt that fans will definitely miss seeing Faye Brooks on the small screen. Here’s hoping that Kate Connor returns from her trip to Japan sooner rather than later! Keep up with Hollywood Hiccups for all the latest news right here.