Young And The Restless Spoilers: Is Nick Heading Towards Redemption? 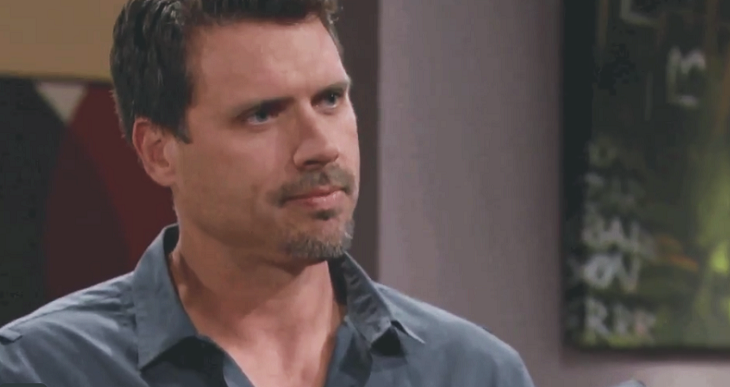 Part of what Nick Newman (Joshua Morrow) is doing on ‘The Young and the Restless’ is aimed at being a better person. Some of it is meant to do right by Christian Newman (Judah Mackey), so that the boy can be proud of him one day when he’s old enough to recognize what happened in 2019.

Behind the scenes, Morrow’s previously stated willingness to take Nick dark, which was part of the implied wink with the Dark Horse company name, seems to have been satisfied.

So, it’s not like Morrow, while working through the 24th year of his Y&R career last year, requested that Nick turn permanent bad guy. Instead, with the milestone 25 year mark approaching, the longtime actor was simply saying that he was open to exploring different avenues of his legacy character.

Young And The Restless Spoilers – Philanthropy Restored Through Real Estate

Many tenured daytime actors have either lobbied to walk new paths with their characters, or agreed to go in different directions when asked. Morrow’s work with Nick last summer, where he turned on Victor Newman (Eric Braeden) in a very unusual way was compelling.

Now, a year removed from his diabolical portrayal of J.T. Hellstrom (Thad Luckinbill) and the hurtful attacks against his father, Nick is seeking redemption.

The New Hope housing project that Nick and his mother, Nikki Newman (Melody Thomas Scott), were working on last year was a feel-good story. Using their vast resources and connections, the affordable housing project was in its beginning stages.

Along with Nick’s downward turn in 2018, Dark Horse later lost control of the property where the New Hope development was to have been. Now, it appears back on track.

Young And The Restless Spoilers – Not Blaming Victor Newman For Problems

A call to Devon Hamilton (Bryton James) led to a quick partnership that should help bring the renewed project to fruition. Nick’s suggestion that Neil Winters’ (Kristoff St. John) name be attached to the development adds positive props as well. Today, Nick is looking inward. Losing Christian, who he considers to be his own son, sparked this need self-reflection.

Unlike the recent past, Nick isn’t blaming Victor for his problems. Hopefully, as the custody hearing judge wants, Nick and Adam Newman (Mark Grossman) will reach some type of compromise during this three-month period where Victoria Newman (Amelia Heinle) is serving as Christian’s temporary guardian.

Any repeat of the brother battle that took place at the hearing could result in Vickie being awarded permanent custody, if she wants it. Neither Nick, nor Adam would want that. Nick would be wise to recognize and openly state that Adam at least deserves regular access to Christian if he were to gain custody. That step would focus on tomorrow and what’s best for all involved.