Bold And The Beautiful Spoilers: Thomas Won’t Give Up On Hope – What’s Next Now That The Secret Is Out? 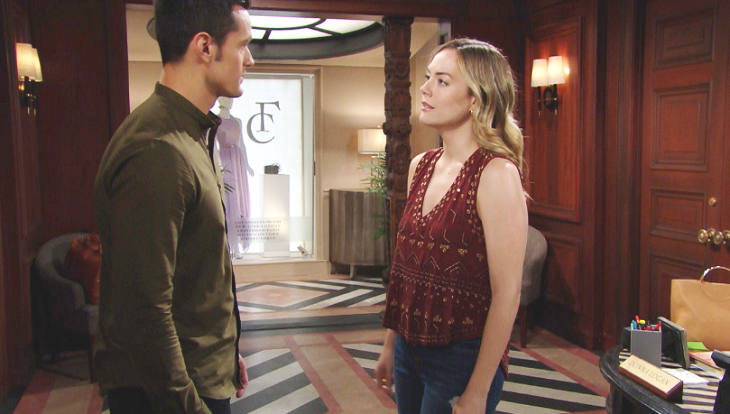 The Bold and the Beautiful (B&B) spoilers tease that the baby swap reveal is the conclusion of a section of this storyline, rather than the end of an arc. As Scott Clifton’s (Liam Spencer) Instagram post stated, “But stay tuned – this is only the beginning of the end!”. So, natural speculation follows.

If Liam and Hope Forrester (Annika Noelle), her last name for the moment, regain Beth Spencer (Madeline Valdez and River Davidson), what other stories are there to tell within this part of the plot?

Well, Thomas Forrester’s (Matthew Atkinson) fixation on Hope didn’t just involve splitting her from Liam. That was accomplished. It also wasn’t just about him marrying her. Thope exists, but Thomas wants more.

As B&B fans, along with an increasing number of characters have come to recognize, Douglas Forrester’s (Henry Joseph Samiri) welfare sits somewhere down Thomas’ list. Hope becoming a stepmother to his son was merely an emotional vehicle that he rode to the present moment. What was ominous was that his shady pal, Vincent Walker (Joe LoCicero), brought over a wedding gift for the new couple – another chemical package.

Of course, Thomas only used one of the capsules Vincent sold him last month. He used it to drug Liam’s margarita, which caused Clifton’s character to impulse into a romantic re-connection with Steffy Forrester (Jacqueline MacInnes Wood), which was the intention of Thomas’ spike.

Considering what Atkinson’s character and the fans know about ‘Steam’s’ cavort, it stands to reason that Hope is in danger of being drugged. Thomas’ mental instability is linked to his insecurity. He’s shown no evidence of right and wrong, with his feelings for Hope being so twisted.

Bold And The Beautiful Spoilers – Thomas Forrester Has Restrained Himself

Thomas’ new wife told him to be patient and that they had the rest of their lives to become a traditional married couple in every sense of the word. Hope is genuinely trying to push herself forward and seems sincere about fulfilling her promise to her husband.

While Thomas has restrained himself the past few weeks, he’s grown increasingly agitated and doesn’t seem capable of waiting an undetermined amount of time. If Hope has his child, she will be tied to him forever. Thomas had assumed, wrongly, that she’ll never learn Beth is alive either.

Bold and the Beautiful Spoilers: Hope Finds Out Beth’s Alive -Thomas Makes A Run For It @celebratesoaps https://t.co/6Um5xMA23f

Liam reached Hope before something unwanted happened in their hotel room. And B&B spoilers tease Thomas will flee, but he won’t give up on being with his bride, in every sense of the word. When he inevitably returns, will he kidnap Hope and then drug her, hoping to get her pregnant?