General Hospital Spoilers: What If Valentin Had Accidentally Ingested The Truth Serum Himself? 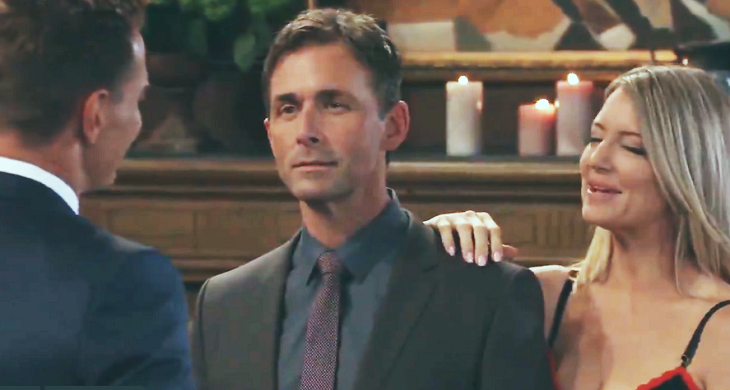 General Hospital’s Valentin Cassadine (James Patrick Stuart) is full of secrets yet dares to give a house truth serum, would poetic justice have been Valentin getting the wrong glass?

Valentin knows that he would lose General Hospital’s Nina Reeves (Cynthia Watros) if she knew the truth about Sasha Gilmore (Sofia Mattsson). Valentin has been paying Sasha for months to pretend to be Nina’s daughter that she believes she lost years ago while in a coma. Sasha is building a life in Port Charles while pretending to be Nina’s child and claims it is to make Nina happy.

What would have happened if Valentin had drunk the truth serum instead of Hayden Barnes (Rebecca Budig)? Would Valentin have blown Sasha’s cover and exposed his lies?

General Hospital Spoilers – Would Nina Reeves Have Left Him For Good?

General Hospital’s Nina had left Valentin over lies before and assured him it would happen again if he ever lied to her again. Valentin may believe he is making Nina happy by providing her with a child, but the hurt Nina will feel when this truth comes out is unimaginable.

Does Valentin not realize that Nina will be losing her child all over again when the truth comes out? Does Valentin even care how this hurts bad Nina, or does he believe the truth will stay hidden?

General Hospital’s Jasper Jacks (Ingo Rademacher) is obviously attracted to Nina and would be glad to pick up the pieces for her if Valentin’s secret were to be discovered. Nina and Jax have amazing chemistry and could make a good couple under the right circumstances. Would Nina want a relationship with Jax?

General Hospital’s Valentin deserves to lose Nina after all of his lies but does Nina deserve to be hurt yet again by the man she loves? Should the truth come out or should it stay buried and Nina continue to love a woman who is not her biological child?

Nina has lost so much in her life already included the 20 years she lost in a coma, could she survive losing Sasha at this point? Could Nina forgive Sasha or Valentin for their lies?

Valentin needs to pay for his deception sometime and losing Nina is something he deserves. Will Valentin ever get what is coming to him? Will Nina ever learn the truth?