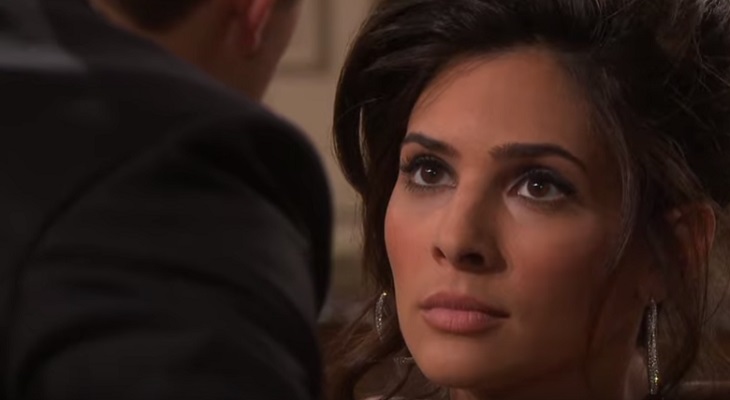 “Days of Our Lives” spoilers for the week of August 5-9 tease that Rex Brady (Kyle Lowder) will fume over his crumbling marriage. After Sarah Brady’s (Linsey Godfrey) slipup, Rex pried a full confession out of her. He knows about Sarah and Eric Brady’s (Greg Vaughan) deep feelings for each other, so he’ll rip into Eric soon enough.

It won’t be long until Eric gets a punch to the face, but Rex deserves some blame here. If he hadn’t cheated on Sarah twice – including once with her own sister – Sarah never would’ve drifted away. She wouldn’t have fallen hard for Eric, but none of them can go back now. Rex will just have to drown his sorrows at the pub and find a surprising sounding board in Xander Cook (Paul Telfer).

Days of Our Lives Spoilers – Xander Wants Sarah For Himself

“Days” spoilers say Rex will admit his wife’s in love with his brother, which will earn a good laugh from Xander. He’ll get a kick out of Rex’s romantic woes, but none of this will deter his own pursuit of Sarah. It’s clear that Xander wants Sarah for himself, so he’ll count on that spark to ignite when the time is right.

For now, Sarah will go to Eric and promise things are over with Rex. She’ll convince Eric that they can finally be together, so they’ll make love and prepare for their future. Over with Gabi DiMera (Camila Banus), she’ll stun Stefan DiMera (Brandon Barash) when she explains she’s been playing him from day one. Gabi will insist that it was all a ruse to get revenge, but Stefan won’t buy that’s all it was.

“Days of Our Lives” spoilers say Stefan will know Gabi loves him. DOOL fans can see that’s true, but Gabi will refuse to admit how she really feels. However, Gabi will battle guilt and rush to Stefan’s defense after he’s accused of murder later this week.

Speaking of that murder, “Days of Our Lives” spoilers state that Ted Laurent (Gilles Marini) will be the victim. He’ll get into a wild confrontation with Kristen DiMera (Stacy Haiduk) and Tony DiMera (Thaao Penghlis), so expect the tension to explode. Once this fight concludes, Ted will be dead from a gunshot wound and Kristen will have a bloody mess to contend with.

It sounds like some exciting episode are coming up. We’ll give you updates as other “Days” news and rumors emerge. Stay tuned to DOOL and don’t forget to check Hollywood Hiccups often for the latest “Days of Our Lives” spoilers, rumors, updates and news.