General Hospital News: Rebecca Herbst Has Something To Celebrate 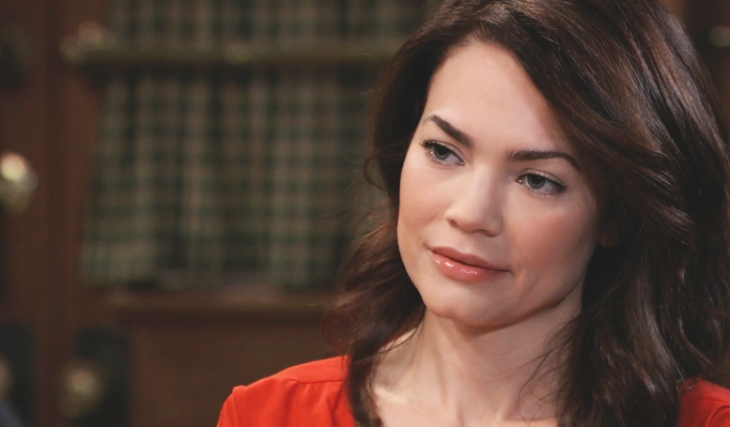 “Lizzie Beth” or Liz, as she is sometimes known, arrived in Port Charles as part of the teen scene at the time. This also included Lucky Spencer (Jonathan Jackson), Nikolas Cassadine (Tyler Christopher), Emily Quartermaine (Natalia Livingston) as well as her sister Sarah Webber (Sarah Laine).  Longtime viewers will recall that Sarah and Liz were in a love triangle with Lucky.

Elizabeth was only 14 years old at the time. At age 15, she was raped in a park by Tom Baker (Don Harvey) but Lucky helped get through her ordeal. Many years later, when Baker was released from prison, her now husband Franco Baldwin (Roger Howarth), meted out some over-the-top revenge on Baker by locking him in a dog cage in his art studio!

She wasn’t exactly the good girl in high school. She stole her grandmother Audrey Hardy’s (Rachel Ames) car, and drove it without a license stole the Ice Princess from Helena Cassadine (Constance Towers), and planted condoms for her sister Sarah to find in Nikolas’ sweater.

Liz has been married a total of three times, to Ric Lansing (Rick Hearst), Lucky Spencer and of course Franco. Her sons have three different fathers. Cameron’s father was Zander Smith (Chad Brannon) who she had a teenage affair with, Jake Webber (Hudson West) is Jason Morgan’s (Steve Burton) and Aiden Spencer (Jason David) is Lucky’s son.

She was also involved with Drew Cain (Billy Miller) when he first came to Port Charles as “Jake Doe.” She thought he was Jason Morgan, who she wanted back and kept his presumed identity a secret from everyone including Drew himself, and Nikolas helped her with that! She and Sam McCall (Kelly Monaco) were rivals over Jason for years.

As a young teenager, Liz displayed a talent in art and wanted to be an artist. She even had an art studio for a time where she painted. That history was brought up briefly when she and Franco first started getting to know one another.

However, the phrase “starving artist” proved true and she left the pursuit of art as a profession for nursing, and went through nursing school and has been a nurse at General Hospital for many years now.