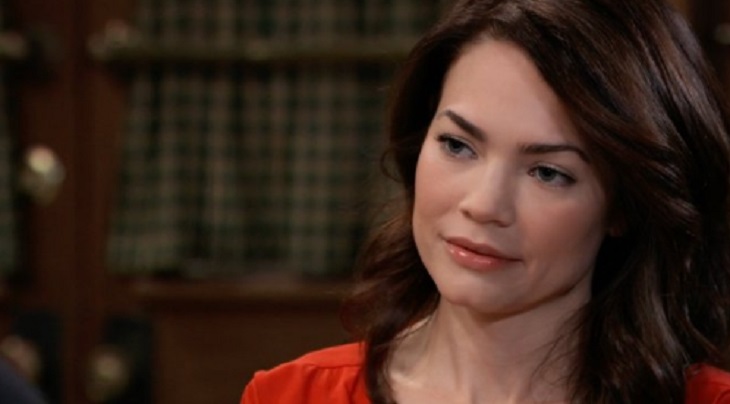 General Hospital (GH) spoilers for the week of Monday, August 5 through Friday, August 9, 2019 reveal Alexis Davis (Nancy Lee Grahn) will struggle as she will be on the tough end of bad news. Fans of the ABC soap opera got to see a lighter side of Alexis when she spent time with Diane Miller (Carolyn Hennesy) this past week; so be prepared for a drastic change in Alexis’ mood this week!

GH sources tease that Dr. Hamilton Finn (Michael Easton) will turn to trusty old General Hospital’s head nurse, Epiphany Johnson (Sonya Eddy) for guidance and she will be all but willing to help him. Julian Jerome (William deVry) will finally have the chance to play the fatherly role to his son, Dr. Lucas Jones (Ryan Carnes) as the two take some time to bond. By end of the week, Lucas will have an update to share with everyone; but is it what everyone expected?

Shiloh (Coby Ryan McLaughlin) continues to manipulate people, demands that Jason Morgan (Steve Burton) make a decision to his proposition. It becomes increasingly clear that Shiloh is put in a very desperate position. Sam McCall (Kelly Monaco) has a hard time coping with things and will become quite combative. Drew Cain (Billy Miller) places a call to Port Charles’ mob father, Sonny Corinthos (Maurice Benard); could this have to do with Shiloh’s offer and Jason’s reaction to it?

General Hospital Spoilers: Drew Is Ready To Take A Trip Down Memory Lane And Get Ansewrs https://t.co/8CqIisiRea pic.twitter.com/ZIgcOwF817

General Hospital spoilers show that Josslyn “Joss” Jacks (Eden McCoy), who has been in a deep depression after the death of her high school sweetheart, Oscar Nero (Garren Stitt); will pleasantly surprise her childhood friend, Cameron “Cam” Spencer (William Lipton). It looks like that is about all the surprises that will be good ones for the Spencer/Webber/Baldwin clan as later in the week, Elizabeth Webber Baldwin (Rebecca Herbst) will receive a frightening phone call. Is everything okay with her children and husband, Franco Baldwin (Roger Howarth)? Meanwhile, Franco is thankful for his father, Scoot Baldwin (Kin Shriner).

In other GH spoilers, Sasha Gilmore (Sofia Mattsson) will meet with Maxie Jones (Kirsten Storms) and exchange confidences. It seems to be the week that Maxie will be put through the wringer when Robert Scorpio (Tristan Rogers) arrives in Port Charles and has news that causes great disappointment for many; Peter August (Wes Ramsey) will prove to be a great guy when he shows that Maxie can lean on him through the hard times. Nina Reeves (Cynthia Watros) continues to worry about her circumstances; not sure who is trustworthy and who isn’t when it comes to her daughter, Sasha and fiance, Valentin Cassadine (James Patrick Stuart).

Be sure to tune into ABC’s General Hospital (GH) on Monday, August 5, 2019 to catch up on everything happening in Port Charles right now. Check Celebrating the Soaps often for updates, news, rumors and spoilers!