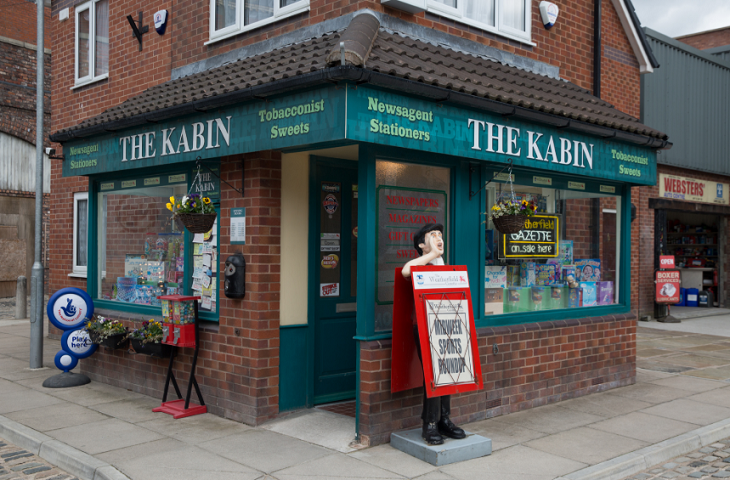 Have you ever wanted to pull up a bar stool and down a pint at Rover’s Pub? Or perhaps walk the iconic cobbles that your favorite characters stroll on each day in Weatherfield?

Or better yet, get up close and personal with some of the co-stars, crew and the people who help bring your favorite soap to life each and every night? Well, now is your chance! There’s a Coronation Street tour available and with reduced tickets, there’s no better time to visit. Here’s what you need to know.

According to The Sun, those who live or are near the Manchester area can purchase Adult Resident’s Admission, which is available is between August and October and is available to local residents with an M postcode. Tickets start at £25.

Even if you are not from the Manchester area, you can still visit the studious with a Coronation Street Tour general admission ticket. This includes a fully guided tour of the famous set for just £35. In addition, children between five and 15 years old can enjoy the festivities too with a half price ticket at £17.50.

Tours run from 9 a.m. to 8 p.m. on the weekends, which is when the cast isn’t filming. This way there’s plenty of time for fans to check out the behind-the-stage scene and even some of the iconic shops and store fronts for themselves.

The 80-minute tour also includes a guided tour through some of Corrie’s famous landmarks – including Weatherfield’s very own Rosamund Street and the never-before-seen Victoria Street.

You might also get to meet a co-star or two (if they happen to be there on the weekend) and also, you’ll get to hear some stories and insider secrets about some past storylines. You’d be surprised by some of the things you’ll get to hear about!

Why didn't anyone tell us it was #InternationalBeerDay!?

Who's joining us in the Rovers? First round is on us! 🍻#RoversReturn #FridayFeeling #Corrie pic.twitter.com/IjpfLtdT9H

The tour takes place at Manchester’s MediaCityUK in Salford, Manchester. If you love Coronation Street just as much as we do, this is definitely a can’t miss opportunity!

Also, you can get tickets to the tour at the official website here. Have fun! Keep up with Hollywood Hiccups for all the latest news right here.