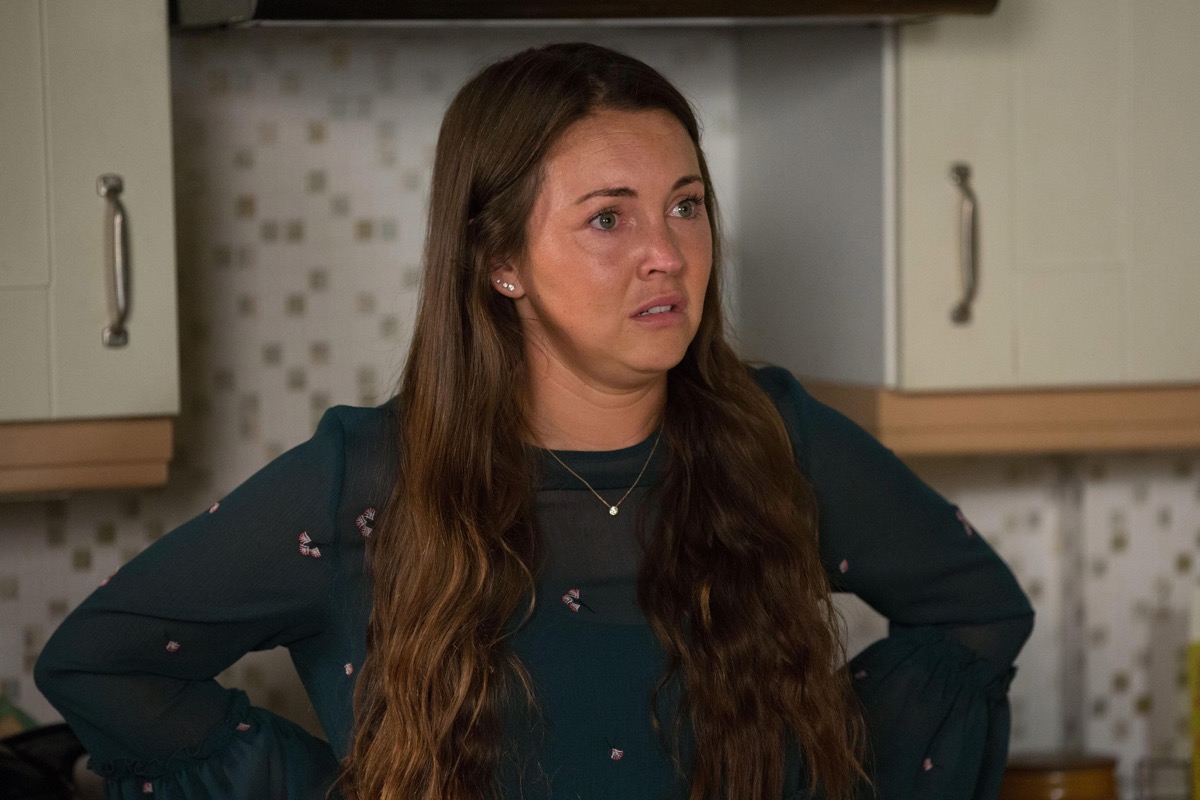 On “EastEnders,” Stacey Fowler (Lacey Turner) and Martin Fowler (James Bye) leave Walford after the fateful incident where she clubbed Phil Mitchell (Steve McFadden) using a wrench and left him for dead.

The character is temporarily off the canvas as Lacey Turney goes on maternity leave. The actress had something to say about her alter ego’s exit.

First, she said her character’s decision to run away was the only option she thought she had at that time. “Obviously Stacey has a history with the police, so she thinks this could put her away for a very long time and she’s petrified. As it all sinks in, she thinks her only option is to take the kids and leave,” she said.

EE Spoilers – Nobody Is Safe In Walford

“I think they were all in shock, and seeing Ben so controlled they just did as they were told. I don’t think they’ve even had a chance to process everything that has happened and the trouble they could be in,” she added. “Stacey definitely is in complete shock, and when she got home that’s when we saw it all sinking in.”

She didn’t give that much hint when she was asked about the fate of her character and Martin. Instead, she just replied, “We’ll just have to see how Ben’s plan plays out – poor Keanu! Stacey and Martin are planning to lay low and let the dust settle, but I’m sure they’ll be in cahoots with the Slaters for updates. For now, Walford isn’t safe for any of them so they had to vanish.”

It all started when Martin came in aid of the distressed Kat Moon (Jessie Wallace), who was having an intense confrontation with a violent Phil. Martin who was already having a bad day of his own saw what was happening between Kat and Phil.

He stepped in to protect Kat and even went as far as punching Phil after the latter made a cruel remark about Stacey. Martin and Phil’s argument started to get more physical. The latter was overpowered by Phil, who was starting to strangle him. When Stacey arrived, she immediately grabbed a wrench and hit Phil from behind, knocking him into the pit.

Phil continues to fight for his life and there will be more drama next week when “EastEnders” returns.