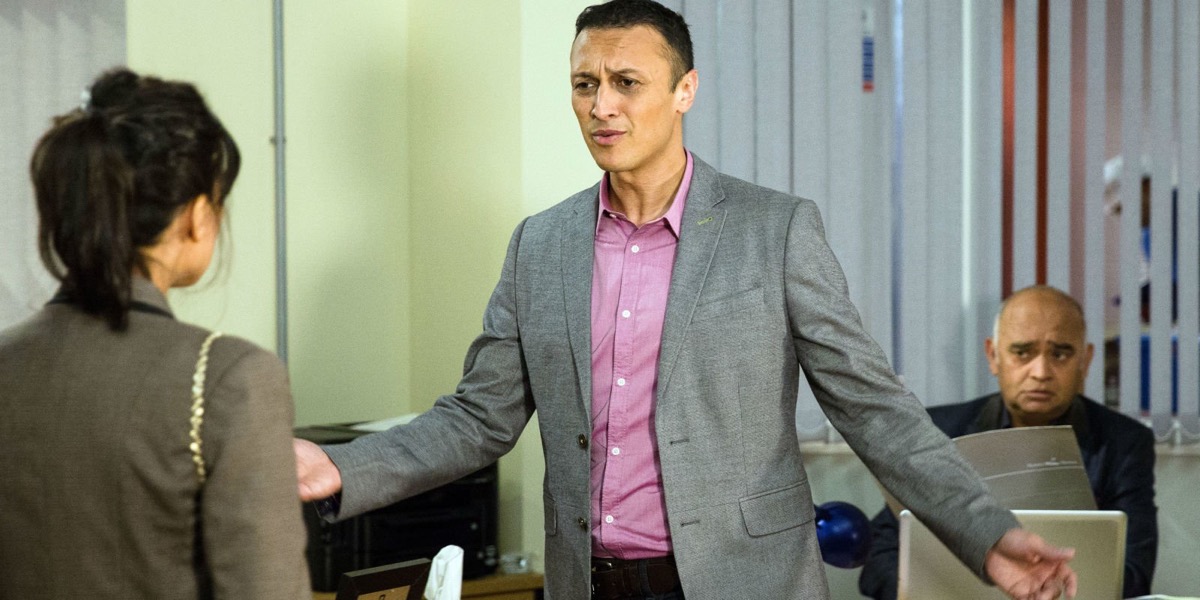 On “Emmerdale”, viewers saw a shocking storyline twist when Frank Clayton (Michael Praed) died after saving his daughter Tracy Metcalfe (Amy Walsh) from the fire at the Sharma & Sharma sweet factory. Cast member Chris Bisson, who portrays Jai Sharma in the show, said Clayton’s death will send shockwaves throughout the village and his alter ego is set to face “a big mess.”

As the residents speculate as to how and what caused the fire and explosion, Jai will face a lot of problems as the future of the factor hands on the balance. Bisson said Frank’s death was traumatic for everyone especially the Sharmas. The workers at the factor and the bosses will all feel the aftermath of his death.

Bisson added that his character will go through a lot in this storyline. “Jai did have a bit of a falling-out with Frank prior to the explosion, and you’ll see that Jai’s relationship with Megan Macey (Gaynor Faye) becomes a particularly difficult one to manage at this time. Megan is grieving and tearing a strip off Jai, expecting him to be honorable to Frank and to her,” he said.

Emmerdale Bisson said his character knows he can’t solve Meghan’s and Tracey’s issues. All he can do is to give them both his support. However, there’s nothing he can do with the grieving process. Not only that, Jai also has to deal with the concern of the workers who are asking if they can be paid. His stress levels will skyrocket especially since there’s no good solution in sight.

“There’s also the question of who started the fire and all the finger-pointing of who it might be. Rishi Sharma (Bhasker Patel) looks guilty for a time, but then he reveals he’s taken a loan from Kim Tate (Claire King).,” he continued. “The Sharmas also face pressure over Rishi having turned off the fire alarm, which leads to a question of whether the insurance company will payout at all,” he said.

“They’re relying on the insurance money to help smooth the payments to Kim, which are extortionate. She’s stitched Rishi up with a loan agreement that is impossible. The terms are dreadful, so Jai will have to look at that too,” he explained.

“All of these things happen but it all rests on Jai. It’s all on his shoulders. Laurel Thomas (Charlotte Bellamy) is probably one of the only people who can see that Jai is having to sort it all out. It is a big mess!”