Is Pedro and Chantal’s 90 Day Fiancé Marriage A Sham – Are Family Chantal Stars In It For The Money? 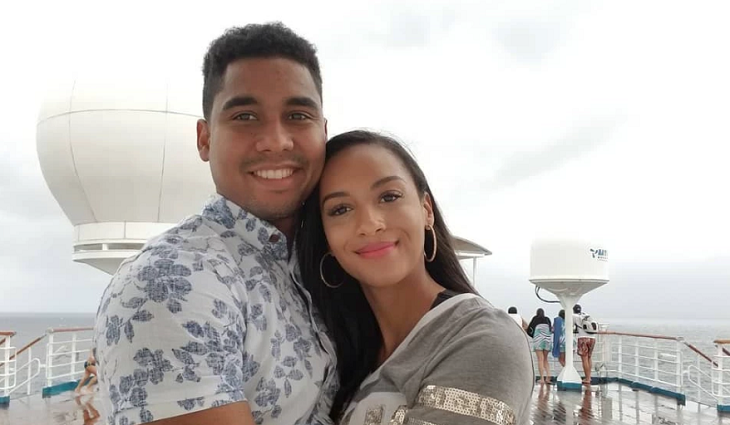 We first met Pedro Jimeno and Chantal Everett as they made their journey through the K-1 Visa process on TLC’s smash hit reality show 90-Day Fiancé. The couple were immediate fan favorites, even though Chantal and Pedro lied to her parents about his visa status.

It wasn’t until the day before they needed to wed to keep Pedro in the United States that Chantal dramatically revealed her beau was not in America on a student visa but in fact was here on a fiancé visa.

Pedro, Chantal, and their families brought the drama to not one, not two but three of the TLC spin-offs. The fighting will now continue into yet another spin-off. Family Chantal airs Monday nights at 10 p.m. on TLC and a bigger spotlight is on their relationship.

Fans are digging into the couple’s social media accounts and trying to figure out if this marriage is in fact legal.

Stroll through Pedro Jimeno and Chantal Everett’s separate Instagram accounts. Pedro’s account is full of selfies, but there is only one photo of the married couple from November 2017. Chantal’s account is littered with promotions for all kinds of products and businesses.

It could be that the couple has signed a non-disclosure agreement with TLC and can’t share their personal moments. Unlike other 90-Day fiancé married couples, their accounts aren’t even  verified.

His Mother And Sister Run A Matchmaker Business For Wealthy Americans

Viewers of 90-Day Fiancé, 90-Day Fiancé, Happily Ever After and 90-Day Fiancé What Now? know all too well that Chantal Everett’s Dominican buddy Obed revealed to her that Pedro Jimeno’s mother and sister reportedly run a business that plays matchmaker for Dominicans and wealthy Americans.

Now that Pedro has a green card he can run a business anywhere in the world. He consulted a lawyer for that information. That blindsided Chantal and Pedro began threatening her with divorce.

Eventually, the truth will come out, but don’t expect the big reveal to happen on the first season of Family Chantal.