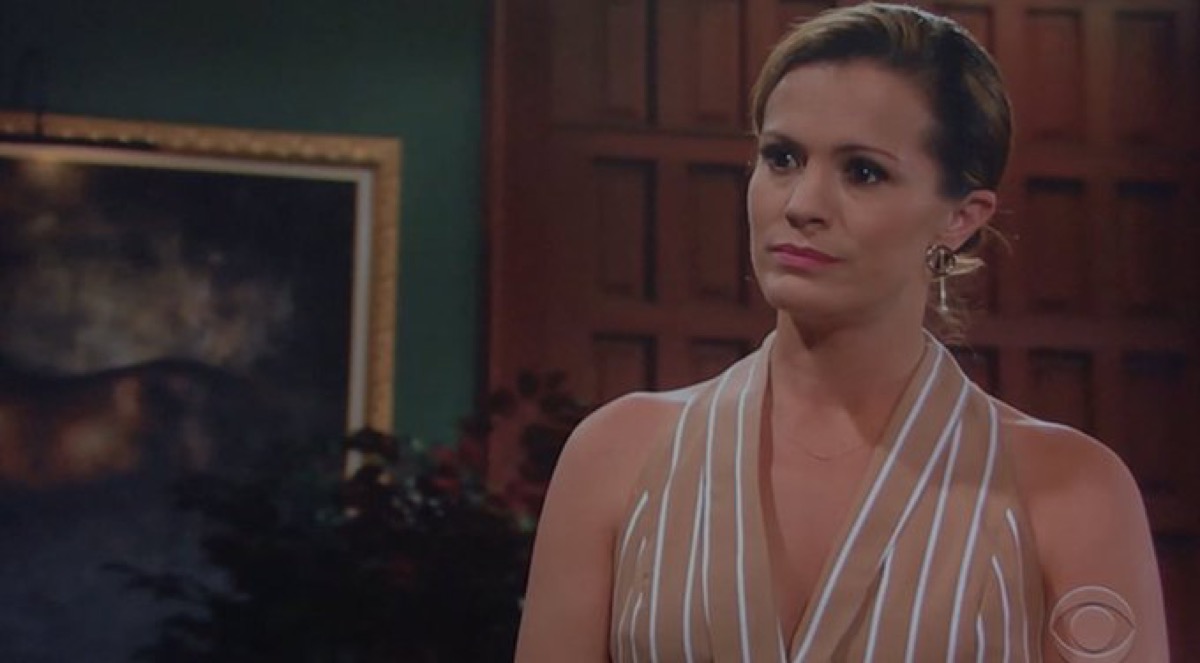 Last week on The Young And The Restless (Y&R), Jack Abbott (Peter Bergman) gave assistance to more than one Newman.

First, it was Adam Newman (Mark Grossman) who he gave a piece of valuable advice to that Adam may actually take to heart. He suggested Adam try to work out a compromise with Nick about his son Christian.

“Your job is to step up and do right by him,” Jack said. “If you can’t do that, you have no business calling yourself a father.”

Jack also recommended Adam continue to ask Victoria Newman (Amelia Heinle) to see Christian. But Victoria was having none of it. She continues to make up excuses as to why he can’t see the boy. This is a stupid move on her part. It could backfire on her and on Nick Newman (Joshua Morrow) – big time. How soon will it be before Adam goes to the judge to let him know he’s not getting access to his son?

When Victor Newman (Eric Braeden) almost collapsed in the parking garage at Y&R’s Jabot, Jack aided his nemesis. He doesn’t know how serious Victor’s condition is, but he was gentle and kind to him nonetheless, which was refreshing to see. It’s always a treat to watch scenes between these two talented Y&R veterans.

Meanwhile, Chelsea Newman (Melissa Claire Egan) has profited hugely from her husband Calvin Boudreau’s (John Burke) untimely death on Y&R. She had a visit from Calvin’s friend Daryl Tulane (Gordon Thompson) last week, who brought with him a mighty gift – a five-million-dollar trust fund for both she and Connor Newman (Judah Mackey).

Billy Abbott Is Still Being Haunted

Chelsea, of course, pretended she didn’t want it and even hesitated to sign it, but deep down inside I’m sure the con woman had dollar signs in her eyes. And we all knew she’d have no problem signing on the dotted line.

And poor Billy Abbott (Jason Thompson) is still being tormented by whoever is gaslighting him about his dead daughter Delia. Billy seems to think it’s Adam, but it’s more than likely Chloe Mitchell (Elizabeth Hendrickson).

Young And The Restless News: Eileen Davidson Has A Message For Fans

Since she has promised not to try to kill Adam ever again (the chump has already unsuccessfully attempted it three times), she’s now enlisted an unknowing Billy to finish the job. Why else would she have revealed to him that she was still alive, and that Adam was threatening her and Kevin Fisher (Greg Rikaart)?

Do you think Adam will go to the judge to complain about Victoria? Let us know in our comments section.