Bold And The Beautiful POLL: Whose Life Will Be Most Damaged By Baby Beth Reveal? Vote Now! 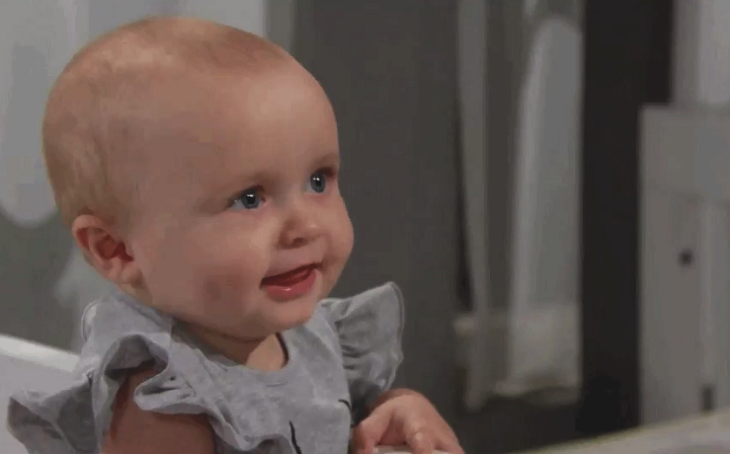 Hope Forrester (Annika Noelle) and Liam Spencer’s (Scott Clifton) grief turns to joy on ‘The Bold and the Beautiful’. It’s obvious that they rightfully benefit the most due to the Beth Spencer (Madeline Valdez and River Davidson) reveal.

But there are heavy consequences for other characters in Los Angeles, California. Among them, whose life will be damaged the most?

Reese Buckingham (Wayne Brady) needed to find a way out of his dilemma. He owed a quarter million dollars to a bookie and didn’t have the funds to pay up. Circumstances on that fateful Catalina Island night allowed him to steal Beth and later sell her to Steffy Forrester (Jacqueline MacInnes Wood).

Bold And The Beautiful Spoilers – The Doctor And His Willing Accomplice

But the doctor needed an accomplice to pose as the baby’s birth mother. Flo Fulton (Katrina Bowden) believed Reese represented her future, which is why she foolishly agreed to sign her name on the so-called private adoption papers that Carter Walton (Lawrence Saint-Victor) reviewed.

Nothing was in proper order, which means that Reese and Flo should be arrested, prosecuted for their crimes, and put behind bars. That assumes justice is carried out as this part of the storyline ends.

And, let’s not gloss over Steffy, who was referenced above. Her life will be torn apart now that Hope and Liam are going to reclaim Beth as their own, meaning that Phoebe Forrester is no more.

Bold And The Beautiful Spoilers – Ladies And Gentlemen, It’s The Enablers

A scheme as dastardly as the one described in the last section would have been bad enough. But then a group of enablers chose not to report the theft and sale of a child, along with the false presentation of another woman’s deceased child, as though she was ‘Lope’s’, to Hope, Liam, anyone else, or, oh yes, the authorities!

Shauna Fulton (Denise Richards) dropped out of the running for the Mother of the Year Award when she repeatedly told Flo to keep the secret. Doing so would allow both of them to continue living the Logan lifestyle, that Flo gained when Wyatt Spencer’s (Darin Brooks) persistence allowed her to learn she was a member of that family.

Zoe Buckingham (Kiara Barnes) continuously defended her father’s actions because he was trying to protect her from his bookie’s enforcers. The term extreme rationalization is aptly applied to her justification. Xander Avant (Adain Bradley) was outraged that his girlfriend and Flo wouldn’t tell the truth and because of what happened to his former girlfriend, Emma Barber (Nia Sioux). But rather than bust the secret, he decided to keep Zoe’s cover by heading back to England.

And then there’s Thomas Forrester (Matthew Atkinson). Thomas exploited what Reese and Flo did. Atkinson’s character became the second villain when he forced Bowden’s character to tell him her secret.

He was upset and planned to immediately tell Hope, the woman he claims to love. Then, upon reconsideration, Thomas decided to use the information to his advantage.

Bold and the Beautiful Spoilers: Moment B&B Fans Have Been Waiting For Arrives – Must See Baby Beth Reveal https://t.co/xqVcEbXtrk pic.twitter.com/WTT59ZU0bH

Thomas kept Beth’s existence hidden, tailgated Emma off Mulholland Drive to her death because she was heading to tell Hope the truth, drugged Liam’s drink at the cliff house so he’d reconnect with Steffy, scared Douglas Forrester (Henry Joseph Samiri) with a ghost projection so Hope would be pushed into the ‘Thope’ marriage, all while intimidating the enablers to keep quiet.

Fans of ‘The Bold and the Beautiful’ rightfully express their opinions on a regular basis. So, whose life will be most damaged by the baby Beth reveal? Please vote in our poll below!