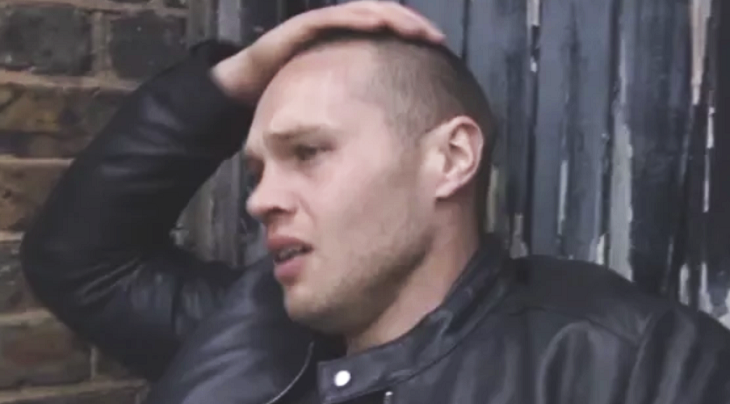 Tensions are rising on “EastEnders”, especially for Keanu Taylor (Danny Walters) whose future is bound to be dark and bleak, unless he finds a way out of the situation he’s currently in.

“EastEnders” spoilers reveal that next week, he will make a shocking discovery that will leave him panic stricken. Viewers may recall that Ben Mitchell (Max Bowden) is trying to frame Keanu for Phil’s brutal attack, which left him fighting for his life.

It was actually Stacey Fowler (Lacey Turner) who clubbed Phil with a wrench when she saw Phil choking Martin Fowler (James Bye) at The Arches.

But when Ben arrived at the scene, he decided to control the situation by threatening Stacey, Martin, and Kat (Jessie Wallace), who was having an intense confrontation with Phil before the incident, at gun point.

Ben found an opportunity to take out his enemy, Keanu, by framing him for what happened to Phil. When Keanu returns from the police station after being questioned, Keanu tries to find a way to prove his innocence. In desperation, Keanu visits Sharon. He’ll be greeted by another shocking news that he’s been included in Phil’s will, which isn’t good because it gives him a motive to attack Phil and want him dead.

Meanwhile, Ben tries to act as if he didn’t know what happened overnight. Later he becomes frustrated as the police continues to ask him about that fateful day. He’s set in motion his plan to pin the blame on Keanu and he wants the police to take Keanu away for good.

Ben is also trying to convince Sharon that Keanu was to blame for what happened to Phil. He said, “I’m not pointing any fingers, I’m just saying what I saw.”

However, Sharon was pointed out that it was Ben who had a real gripe with Phil, to which Ben replied, “I’ve had plenty of them over the years.” However, Sharon also wanted to prove a point and she replied, “Oh so it’s a massive coincidence is it? You find out you’ve been written out of the will and the next minute…”

The conversation continued until Ben said something that may have convinced Sharon of his guilt. Also, if Keanu remains behind bars, her secret affair with him and the possibility that he’s the father of the baby she’s carrying will be kept for a while longer. Will Sharon work with Ben just so she can keep her secret?

EastEnders spoilers tease someone will be arrested next week. However, viewers need to find out who. Will it be Keanu? Or will the police find someone else who has a motive to attack Phil?