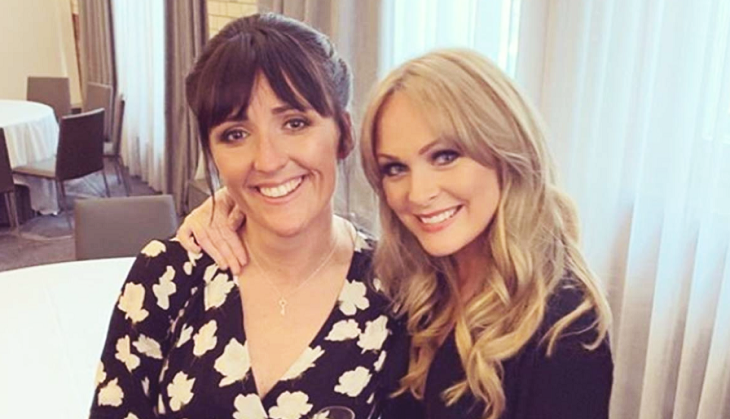 Hardwick has been with the sudser for seven years, and she’s been with Brooks for two years. The pair are extremely excited to tie the knot during their planned low key wedding ceremony later this year.

“There’s no magazine deal, we’ll just pick up a few witnesses wherever we are and it will just be me and her,” Hardwick revealed.

She also shared that they haven’t sorted out their outfits for the big day. “We only have a few months to go and we haven’t even got our outfits sorted and that’s because it doesn’t matter. That’s the biggest lesson I learned.”

“We’ll get married abroad, hit a few bars and probably have chicken and chips for our wedding breakfast. Then a big party for our family when we get back to England. That’s all I can tell you! It will be ace.”

Hardwick announced in December that she was engaged to Brooks. Although they didn’t plan anything fancy for their upcoming wedding, Hardwick revealed that she made her wedding proposal a memorable experience for both of them.

She revealed she hired a small local cinema, and she asked Brooks to be available on a certain date. So that Brooks won’t get suspicious, Hardwick made up an excuse and said they were going to a special screening of the “Greatest Showman.”

TONIGHT: Will Vanessa be able to forgive Tracy? #Emmerdale pic.twitter.com/F0GK2NpXuB

“A few of my school friends were there dotted around and I’d hired a flash mob of the Greatest Showman and I did all the ‘I don’t know what’s going on here’,” she continued. She then stood in front of the cinema with a mic in her hand, and she popped the question.

The couple’s pet dog Fred made his way to the front while wearing a jumper that read, “Mummy, please say yes.” When asked if she ever wondered what if Brook didn’t say yes, she simply said, “We had spoken about it. She said she didn’t take it in until two days later.”