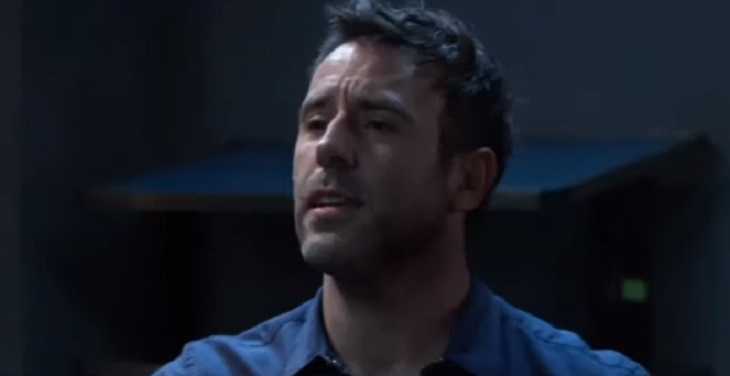 “General Hospital” spoilers for Wednesday, August 7, tease that Sasha Gilmore (Sofia Mattsson) will suggest she’s caught the bug – the modeling bug that is! She’ll talk to Maxie Jones about Lucy Coe’s (Lynn Herring) push for her to be the new face of Deception. Unfortunately, Sasha should be dealing with an actual illness soon enough. That grapefruit Cassandra Pierce (Jessica Tuck) injected should bring some terrible consequences.

Elsewhere, Scott Baldwin (Kin Shriner) will hope Laura Webber’s (Genie Francis) willing to do him a favor. He’ll make his pitch and count on Laura to help him out. Meanwhile, Nina Reeves (Cynthia Watros) will ponder what Jasper “Jax” Jacks (Ingo Rademacher) is plotting. Valentin Cassadine (James Patrick Stuart) will think the guy’s bad news, and Nina will agree Jax must be up to something.

However, Nina may downplay Jax’s agenda and hope Valentin’s overreacting. Of course, GH fans know he isn’t since Jax is planning to destroy him! Over with Jax and Hayden Barnes (Rebecca Budig), they’ll debate her recent spectacle at Wyndemere. Jax won’t see what’s so bad about Hamilton Finn (Michael Easton) knowing how she feels, but Hayden would much rather stay tight-lipped about that.

Next, “General Hospital” spoilers say Ava Jerome (Maura West) will have another meeting with her psychic, Chelsea Lambas (Jen Ray). Chelsea will suggest that if Ava truly wants to reach her daughter, she’ll have to make amends. Kiki Jerome (Hayley Erin) isn’t keen on forgiving Ava, and the same goes for nearly everyone else who’s been Ava’s victim at one time. She’s got an uphill battle ahead of her!

Other GH spoilers say Shiloh Archer (Coby Ryan McLaughlin) will shock Dr. Arthur Cabot (Time Winters). It looks like he’ll deliver Cameron Webber (William Lipton) as a new memory subject, so Dr. Cabot may gripe about that. He needed Drew Cain’s (Billy Miller) twin, but Shiloh may suggest they have to work with what they’ve got. He might even sell this as exciting new territory for the doc to break into.

Franco Baldwin (Roger Howarth) will join this hot plot before long. He’ll likely step up and offer himself as a substitute to keep Cameron safe. Until then, Jason Morgan (Steve Burton) will reassure a recovering Sam McCall (Kelly Monaco). “General Hospital” spoilers say Jason will think Shiloh’s lost it. He’ll be confident that Shiloh’s mistakes are going to cost him, so he’ll refuse to believe Shiloh can win.

It looks like some exciting twists and turns are coming up. We’ll give you updates as other details and rumors emerge. Stick with ABC’s GH and don’t forget to check Hollywood Hiccups often for the latest “General Hospital” spoilers, rumors, updates and news.