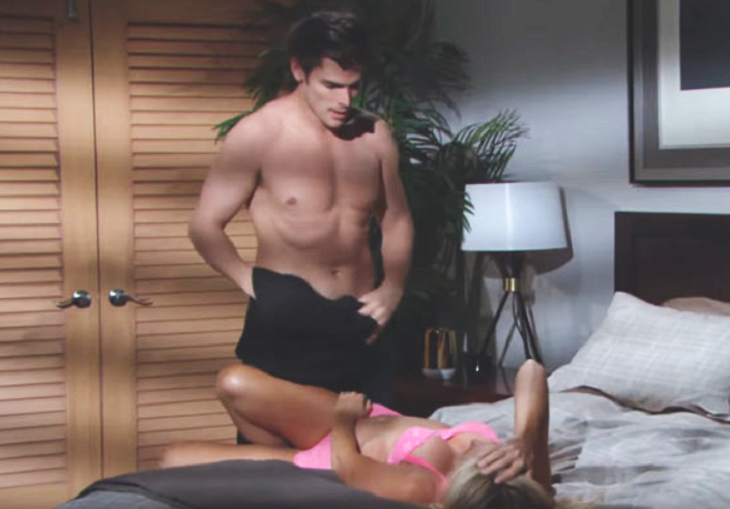 The Young and the Restless spoilers indicate that things are about to heat up between Sharon Newman (Sharon Case) and her ex-husband Adam Newman (Mark Grossman). Since Adam’s return, the show has been hinting at a possible reunion between the two.

Adam had his heart set on reuniting with his ex Chelsea Lawson (Melissa Claire Egan), but she’s told him she has no interest in getting back together. With Chelsea now reigniting her romance with Nick Newman (Joshua Morrow), it appears that the Chadam ship has sailed.

As for Sharon, she was in a relationship with Rey Rosales (Jordi Vilasuso), but the couple split up due to Sharon’s support of Adam. With Sharon and Adam both single, the stage is set for this couple to reunite.

Young And The Restless Spoilers: Is Nick Heading Towards Redemption?

This week it looks like Shadam fans will finally get their wish when Sharon and Adam make love. While this is a big moment for Shadam fans, others aren’t going to be too happy about it.

Adam has done a lot of terrible things to Sharon in the past. Everyone remembers that Adam stole Sharon’s daughter Faith Newman (Alyvia Alyn Lind) and switched her with Ashley Abbott’s (Eileen Davidson) deceased baby.

Despite Adam’s misdeeds, Sharon found a way to forgive him and has been a supportive friend to him. No one can understand why Sharon is willing to give Adam another chance and they’ve warned her many times about Adam’s past.

But Sharon and Adam share a connection, one that’s hard to deny. Like Adam, Sharon knows what it’s like to be an outcast and have everyone criticize your every move. Deep down she feels connected to him this way, and wants to help him be a better person.

With Sharon and Adam officially taking their relationship to the next level, it’s going to create a lot of drama. Sharon’s family and friends will become concerned about her well-being now that she’s back with Adam. Also, Adam is hiding a few secrets from Sharon, ones that will change her opinion of him if they ever come out.

Are you reading for a Shadam reunion?