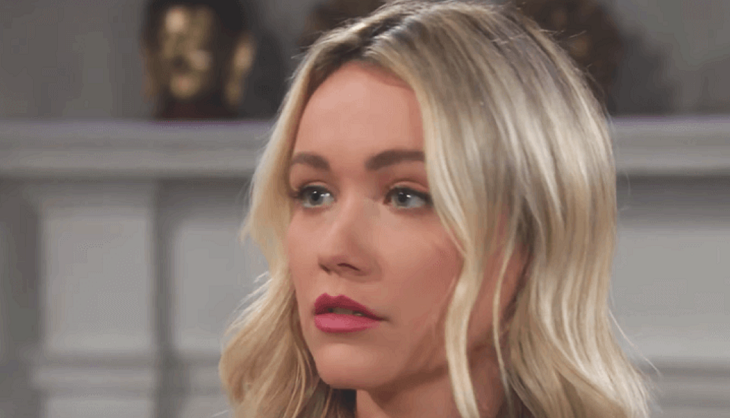 Flo Fulton Logan (Katrina Bowden) understands Wyatt Spencer’s (Darin Brooks) feelings for her on ‘The Bold and the Beautiful’. She’s also hoping that he can forgive her.

Earning a second chance will take time, as Wyatt will at least initially break things off with Flo. He’ll then seek emotional comfort in Sally Spectra’s (Courtney Hope) arms after that, which could play into whatever eventual conclusions Wyatt reaches.

In time and with a chance to reflect upon what Flo said, it might become possible for Wyatt to see her point of view and be willing to forgive her. But there’s likely a long plot road to go before that happens.

It took many months and numerous claims to want to purge her soul, but at least Flo finally told her side of this incredible storyline to Wyatt. As Brooks’ character accurately termed it, Flo was involved in a kidnapping.

Bold And The Beautiful Spoilers: Thomas Thinks He Can Win Hope Back – Danger Far From Over

The so-called baby swap wasn’t a clear way of referring to what really happened, despite the known use of the other mother’s stillborn child. Instead, Reese Buckingham (Wayne Brady) actually did kidnap Beth Spencer (Madeline Valdez and River Davidson) and then hold her in his apartment, with Flo, until he came up with a way to sell the baby off for a quarter-million dollars.

Flo’s voluntary participation in that scheme, where she’s been playing faux birth mother to the girl who Steffy Forrester (Jacqueline MacInnes Wood) came to name Phoebe Forrester, endured well past any point of reason. No matter Flo’s claims that Thomas Forrester (Matthew Atkinson) intimidated a group of people about the situation and then threatened her life, she should have informed the authorities first, ‘Lope’ after that, and then Wyatt.

Her inability to generate the guts to do what was right was part of the turmoil she was feeling. But Flo’s choice also represented what has now turned into serious personal and what should be, legal consequences.

With viewer’s thoughts about infamous California traffic jams in mind and regardless of wherever Forrester Creations is said to be located, in relation to Wyatt’s beach front home, Liam Spencer (Scott Clifton) jet-packed to Hope Forrester (Annika Noelle). She was inside the main office, while Thomas Forrester was attempting to orchestrate the arrival of an alternate destination honeymoon helicopter ride.

The climactic scene that was created on the top of a building in Los Angeles, California, set as the Forrester Creations helipad area, was visually great. Atkinson, Spencer, and Noelle also delivered great performances. Thomas ran out, Liam and Hope followed. Both men who’ve been vying for Hope and who fought moments prior inside the building, held an all-out confrontation. Then, Liam was able to maneuver Thomas into a headlock.

Hope’s pressured request for the truth was followed by her husband’s downward glance, forlorn facial expression, and lack of a verbal response. The combination allowed her to realize that yes, Phoebe was Beth.

Liam is going to tell Wyatt every bit of detail that was described in the above paragraph. So even though Flo wasn’t involved in the rooftop dramatics, Wyatt will have his revised beliefs about her further influenced by what happened. It’s possible for anyone to earn redemption. Whether Flo will be able to achieve that with Wyatt is a complex question, with provided answers.

Fans of ‘The Bold and the Beautiful’ rightfully express their opinions on a regular basis. So, does Flo deserve a second chance? Please vote in our poll below!