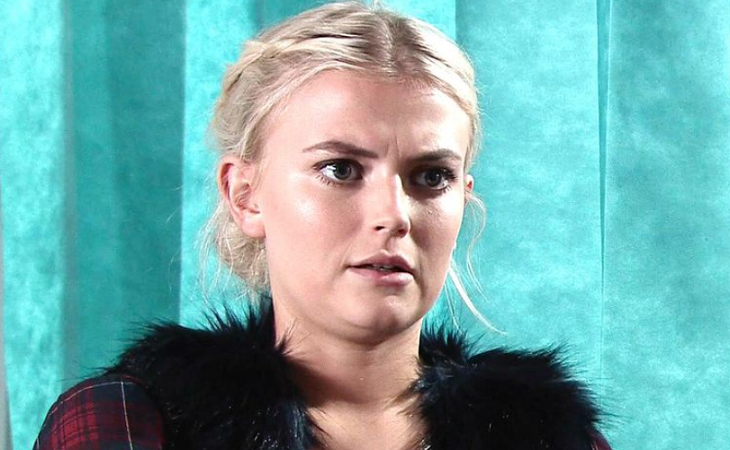 Next Week on “Coronation Street,” Bethany Platt (Lucy Fallon) will have an upsetting realization as she starts to see her life as empty and meaningless compared to other Weatherfield residents. She will feel even worse when she sees other people make plans for their lives and futures.

Kate Connor (Faye Brookes) wants to travel as she tries to get her life back on track following Rana Habeeb’s (Bhavna Limbachia) tragic death back in March. Daniel Osbourne (Rob Mallard) and Sinead Tinker (Katie McGlynn) are pushing through the Sinaed’s battle with cancer following the birth of their daughter Bertie.

The storyline comes as the show prepares Fallon’s character for her upcoming exit from the show. She is the latest cast member who will walk away from the cobbles once her contract expires in 2020. By that time, Fallon will have spent five years portraying Bethany, Sarah Platt’s (Tina O’Brien’s) daughter.

Coronation Street Spoilers – Difficult Decision To Walk Away From The Show

She announced her departure back in May. Fallon said walking away from the show after her contract ends was a difficult decision.

“It’s hard to put into words how much this show means to me. I’ve made lifelong friends with some of the most talented and hardworking people in the industry, I’ve had some terrific and immensely important storylines and I’ve laughed with the best people every day.”

She’s also grateful to “Coronation Street” producer Ian MacLeod and everyone on the show. Fallon clarified that she made the decision to leave Corrie almost a year ago and that it was not influenced by anyone from the show.

Fallon added that she’s not ruling out a possible return in the future. However, she emphasized that it will all depend on how her character’s story ends.

The show’s producer, MacLeod teased that the events leading up to Bethany’s exit next year are something that viewers will remember.