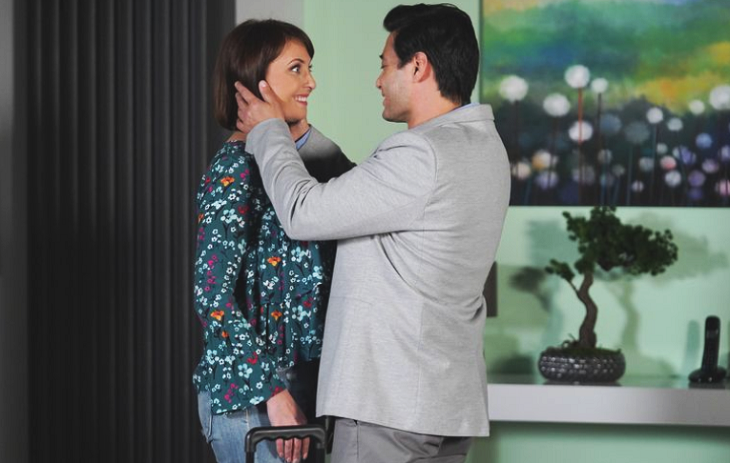 Next week on “EastEnders,” Honey Mitchell (Emma Barton) will make a surprising move after an unsettling conversation with Iqra. She tells her children Will Mitchell (Freddie Phillips) and Janet Mitchell (Grace) to pack their things. However, she and her kids won’t be going anywhere.

When Adam Bateman (Stephen Rahman-Hughes) gets home, Honey tells him that they’re going away together without the kids. What is Honey up to? Is this going to be a romantic getaway, or will she finally confront Adam about his affair with Habiba Ahmed (Rukku Nahar)? What was her conversation with Iqra Ahmed (Priya Davdra) and Habiba all about?

Viewers know that Honey has been trying to avoid discussing Adam’s loyalty to her even though she already has suspicious that her partner may be having an affair.

Habiba has fallen madly in love with him and had demanded  he leave Honey, so they could be together.

However, it seems Adam doesn’t plan on keeping his promise to Habiba. At the end of this week, Habiba will come up with a cunning plan of her own to find out how Adam really feels about her. The question now is will she get what she wants or will she end with a broken heart?

With Honey still none the wiser, she gets caught up in Habiba and Iqra’s problems. Habiba will be upset after she finds out that Iqra has a secret partner, and she didn’t tell her about it.

EastEnders Spoilers – Will Honey Mitchell Finally Find Out About The Affair?

Iqra blurted out her secret when Mariam Ahmed (Indira Joshi) started to ask questions about the tension between her, Habiba, and Iqra. She then tells Habiba that she is really seeing someone, and she didn’t say it just to distract Mariam, which leaves Habiba feeling hurt.

Out of all people, she confides in Honey, who gives her the support she needs. Honey then has an unsettling conversation with Iqra, which makes her come up with a shocking move that involves Adam.

They’re both going somewhere without the kids and Adam has no clue as to what’s happening. Will this finally be the time when Honey finds out about Adam’s affair? And EastEnders spoilers tease someone will be arrested next week – but who will it be?