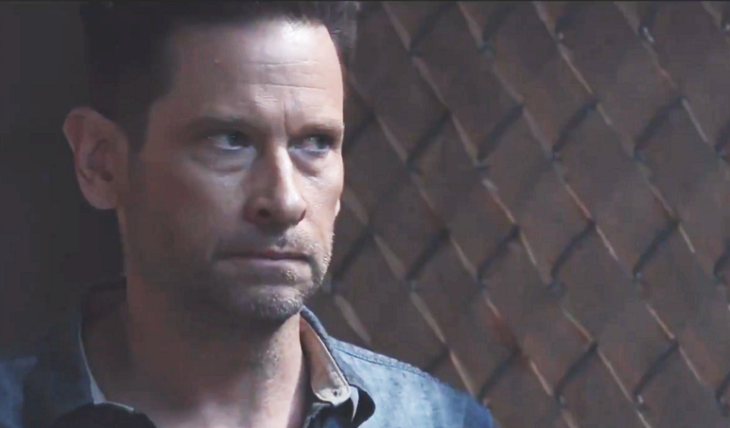 Ava Jerome (Maura West) tells Chelsea Lambas (Jen Rae) about her meeting with Ryan Chamberlain (Jon Lindstrom). Chelsea tells Ava not to be too hard on Scott. Chelsea leaves. Meanwhile, Laura approaches Ava and tells her Scott is worried about her.

Ava explains to Laura that she is trying to give Kiki Jerome (Hayley Erin) peace. Laura explains how she had Spencer Cassadine (Nicholas Bechtel) to get her through Nikolaus Cassadine’s (Tyler Christopher). Scott approaches Ava and tries to reason with her as well. Laura calls Chelsea for help.

General Hospital’s Hamilton Finn (Michael Easton) calls Jasper Jacks (Ingo Rademacher) to check on Hayden Barnes (Rebecca Budig) to make sure she is OK. Hayden explains to Jax how she was feeling last night, and he thinks he knows why. Jax believes Valentin and Nina wanted to know why they were there. Hayden doesn’t believe Nina or Valentin would drug her. Hayden realizes she could have told Finn everything.

Jax explains that the truth serum was meant for him and wonders why Cassandra Pierce (Jessica Tuck) is such a threat. Jax explains what a dangerous position they are in to get to Valentin. Hayden suggest Jax befriend Nina to get close to Valentin.

General Hospital’s Valentin shows up at Crimson with food. Nina Reeves (Cynthia Watros) needs to talk to him about what happened last night and sends Maxie West (Kristen Storms) out of the room. Sasha Gilmore returns home and tells Maxie she thinks she caught the bug. Sasha isn’t feeling well.

Maxie tells Sasha what a good guy Michael Corinthos (Chad Duell) is and not to mess it up. Sasha tells Maxie she wants to take thing slow. Nina tells Valentin she doesn’t want to waste a moment of their time together. Sasha comes in to talk to Nina before heading home. Nina wants to stick to her September wedding date even though it is a lot of work. Sasha passes out at Nina’s feet.

General Hospital’s Sam McCall wakes up in the hospital after a nightmare about her kidnapping. Sam tells Jason how scared she was that she almost died. Jason sits on the bed with Sam and tells her whatever she needs; he is there. Jason knows how strong Sam is, Shiloh Archer (Coby Ryan McLaughlin) cannot break her. Jason hugs Sam.

Sam tells Jason she found the flash drive and tried to get away. Jason tells Sam what Shiloh’s plan was to get Drew’s memories. Jason tells Sam that Shiloh doesn’t have people to do his dirty work, and that makes him vulnerable. Jason tells Sam that there is an APB out on Shiloh and his accomplice. Finn overhears and tells them the subjects don’t necessarily have to be related. Finn says this memory procedure could leave the subject in a vegetative state.

General Hospital’s Franco Baldwin (Roger Howarth) and Liz Baldwin (Rebecca Herbst) are waiting for Cameron Webber (William Lipton) to meet them after his community service. Liz calls Cameron’s phone and threatens to take his phone. Liz doesn’t want to be late for work; Franco offers to wait on Cameron. Chelsea and runs into Franco Baldwin (Roger Howarth) in the park and says he has to take that drive. Franco gets a call from Scott telling him Cameron is in trouble. Scott tells Franco where Cameron’s car was spotted, and Franco goes after it. Franco tries to contact Cameron again and goes looking for him. Franco gets to Cameron and overhears Shiloh and Cabot talking.

General Hospital’s Cameron is tied to a chair when Dr. Cabot (Time Winters) arrives, and Shiloh Archer tells him that is his new subject. Cameron screams for help, Shiloh assures him that no one can hear him. Cabot and Shiloh go outside. Cabot tells Shiloh this was designed for twin and wants either Jason or Drew Cain (Billy Miller).

Cabot tries to tell Shiloh that the memory procedure could kill Cameron. Shiloh and Cabot go back into the room, and Cameron kicks Shiloh. Cabot stops Shiloh from hitting Cameron and insists he restrains Cameron’s feet. Cabot gives Cameron an injection before starting the memory mapping procedure.