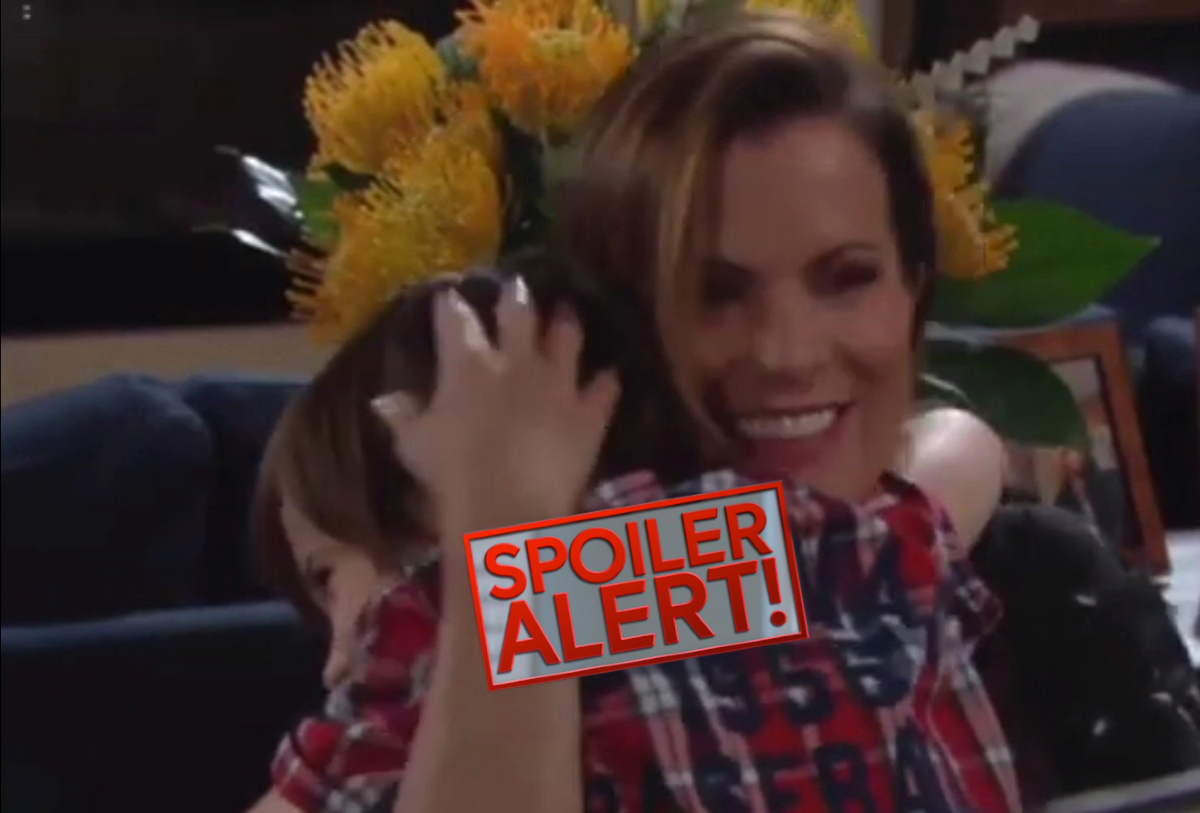 “The Young and the Restless” spoilers for Thursday, August 8, tease that Anita Lawson (Catherine Bach) and Connor Newman (Judah Mackey) will return to Genoa City. At Nick Newman’s (Joshua Morrow) place, Chelsea chats with Connor before he heads to the kitchen. Anita needles Chelsea about being on the rebound with Nick and questions why she didn’t choose Adam Newman (Mark Grossman).

Chelsea insists Adam isn’t the man he used to be and notes that Nick’s been a good friend. She thinks Anita may have some insecurities over the situation, so she offers a million dollars and gets turned down. Chelsea wonders what’s gotten into her mother, but Connor comes back in the room before she can figure it out. After Chelsea admits she wants to live in GC, Connor wants to know why.

At Crimson Lights, Billy Abbott’s (Jason Thompson) got some books on ghost communication. He runs into Rey briefly and thinks back to his eerie moments at the Chancellor mansion. At Kyle Abbott (Michael Mealor) and Lola Rosales’ (Sasha Calle) apartment, they discuss Summer Newman (Hunter King). Lola updates Kyle on why she invited Summer, and he marvels at her kind gesture.

While Lola and Kyle squeeze in some last-minute lovemaking, the party guests begin to arrive on the roof deck. Sharon spots Rey and isn’t pleased that she’s just finding out about this. Mariah deals with the awkwardness before leaving them to talk. Sharon tells Rey they should keep their distance and shuts down his attempt to discuss Adam.

Summer arrives with Theo, which Mariah quickly gripes about. She hears about Summer’s invitation, but she still doesn’t think Kyle will approve of Summer’s plus one. Kyle tries to kick Theo out of the party after he appears with Lola, but she convinces him to let his former buddy stay.

As for Abby Newman (Melissa Ordway), she isn’t interested in hitting the “happily ever after” photo booth with Nate Hastings (Sean Dominic). Abby spends most of the evening ranting about Summer, so they decide to step aside and handle this between them.

Young And The Restless Spoilers: Troublemaker Theo Wants Phyllis, Will They Sleep Together? #DAYS #dool #daysofourliveshttps://t.co/3yChWr1m5l

Meanwhile, Mariah gives a speech about love and overcoming the obstacles. Tessa plays a song on her ukulele and a childhood photo montage is shown for “Kola.” Next, it’s time for more speeches from Rey and Jack Abbott (Peter Bergman). Theo eventually grabs the mic and notes that he wishes people could’ve seen the Kyle he knew. He’s dragged away from the others by an angry Kyle soon after.

Theo’s sick of Kyle being so sanctimonious and alludes to an incident from several years ago. Kyle contends that the girl was 17 years old and could’ve died that night. Theo thinks all’s well that ends well, but Kyle points out that Theo isn’t the one who paid off the girl’s dad. They keep bickering, but Kyle just wants Theo out of his life.

Over with Sharon, she meets up with Billy and they head for the exit. After landing at the coffeehouse, Billy finds out Rey busted her with Adam. He grumbles about Adam potentially having a spell on Sharon, but she wants to talk about Billy’s issues. Once Billy admits he’s seen a therapist, he adds that she may not be able to help him. Billy shares how he heard Delia Abbott (Sophie Pollono) talking to him and saw her writing. A stunned Sharon asks if Billy is suggesting this is Delia’s ghost.

At the party again, Summer and Abby have a fierce faceoff. Trading insults about men turns into quite a catfight! Once Abby throws a glass of water in Summer’s face, Summer returns the favor by dumping an ice bucket on Abby’s head. Mariah runs over to put a stop to this petty scene and get the bash back on track.

“The Young and the Restless” spoilers say another great episode’s coming up. We’ll keep you posted as other Y&R news and rumors emerge. Stay tuned to see what’s ahead on the CBS soap.