Young And The Restless Spoilers: Troublemaker Theo Wants Phyllis, Will They Sleep Together? 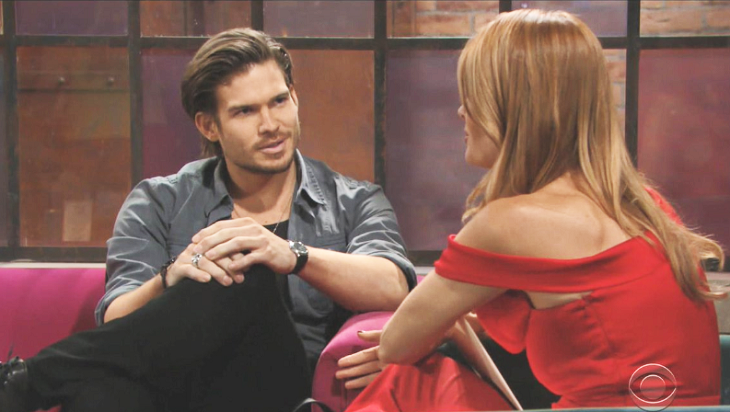 Theo Vanderway (Tyler Johnson) is a trouble-maker on ‘The Young and the Restless’. Initially, he seemed like someone who simply appreciated a good time and was looking to ease his way into Genoa City, Wisconsin. But then the recast happened and Johnson supercharged the character.

Nic Luken (Theo) first portrayed this social media influencer, who arrived from New York. His stint lasted for a handful of episodes and then Johnson took over.

Kyle Abbott (Michael Mealor) was okay with Theo stopping in town. But soon after he’d moved to GC, Mr. Abbott had more than enough of him. Viewers have only been given the traditional bits and pieces of this person’s backstory. That’s often the case when a new alter ego is introduced, as soapy time allows for the full story to play out.

Young and the Restless Spoilers Wednesday, August 7: Sharon Blasts Adam After Rey Catches Them Together – Chelsea and Phyllis Clash

Young And The Restless Spoilers – Buddies Had Been Major-Party Animals

Apparently, Kyle and Theo were major party animals while they were biting chunks from the Big Apple. But Jack Abbott’s (Peter Bergman) recent off-hand tell about his son, where he said that both young men got into a lot of trouble in NY, was a verbal foreshadowing. The animosity that’s since been exhibited between both guys has followed.

The low-blow shots that Theo has taken toward Kyle and his purposeful attempts to disrupt Kola’s wedding plans are revealing. The way he interacted with Lola Rosales (Sasha Calle) was also intended to plant doubts in his mind. Whoever he once was, Theo is no friend of Kyle’s now and Mealor’s character knows it.

Another new character, Zoe Hardisty (to be played by Anna Grace Harlow), with potential ties to both guy’s pasts, will soon come to town. Her arrival and the reactions that follow should prove interesting.

Theo was definitely interested in Summer Newman (Hunter King). He did his due diligence, waiting until she and Kyle were officially split. But then, as more scenes passed, it began to appear as though Summer’s no-strings offer was being taken as one step in a plan.

Phyllis Summers’ (Michelle Stafford) recent business connection with Theo isn’t one that she’d pushed for, but rather something Theo offered. The Grand Phoenix Hotel that Phyllis thought was in town actually turned out to be in Detroit, Michigan. That was one of Adam Newman’s (Mark Grossman) little tricks.

Theo’s facial reactions indicate that he’s into Phyllis. And, he clearly believes that she can help further his career far more quickly than Summer could. As viewers know, Phyllis is shrewd. Plus, she just patched personal matters up with her daughter. Both facts would indicate that she’ll probably shut Theo down if he tries to pursue romance and she’ll seek to defend her daughter from Kyle’s former friend.