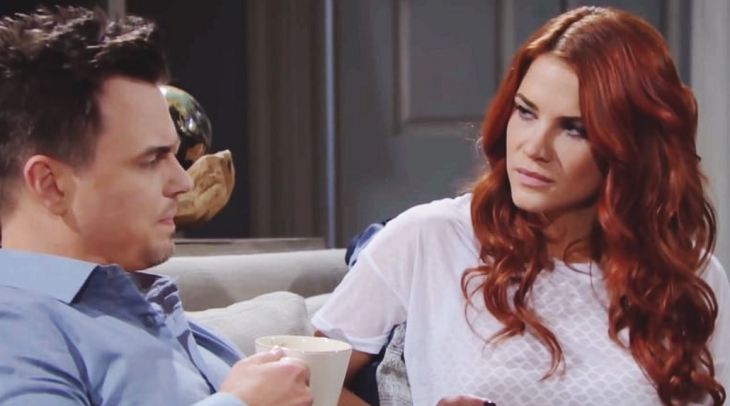 The Bold and the Beautiful (B&B) spoilers tease that Wyatt Spencer (Darin Brooks) will rethink his decision to dump Sally Spectra (Courtney Hope) in the near future.

After learning that Flo Fulton (Katrina Bowden) had a major role in the baby swap, he decides to lean on Sally. But, will Sally forgive Wyatt? Is she willing to start fresh? Here’s what you need to know about what’s ahead on B&B.

A few months ago, Wyatt decided to end his relationship with Sally because he felt she had been dishonest with him. Bold and the Beautiful spoilers state that she’d had a conversation with Thomas Forrester (Matthew Atkinson) about the way he was manipulating Hope Logan (Annika Noelle).

It looked bad and Quinn Fuller (Rena Sofer) suggested that Thomas and Sally were having a romantic relationship based on the fact they had been involved before. Of course, that’s not what was really happening, but it was enough to get Wyatt to turn his back on her.

Now that Wyatt knows that Flo lied to him and had a direct role in the baby swap, he will crawl back to Sally and beg her to forgive him. Bold and the Beautiful spoilers say that he will tell her he was wrong, and he never should have broken up with her. However, will Sally be able to forgive him?

When Wyatt broke up with Sally, she was devastated. Bold and the Beautiful spoilers state that Wyatt will try to make things right between them, by explaining how Flo fooled him. Sally will have to make a decision on how she feels about Wyatt.

Bold And The Beautiful Spoilers – Can Sally Spectra Eventually Forgive Him?

It’s possible that she will decide to give it another go with him? They had really cared for each other and Wally had the promise of a real future. But will she be able to trust that he won’t turn his back on her again?

During the week of August 12, Wyatt will beg Sally for another chance. It’s anyone’s guess whether she will take it or not. Do you think Sally should give Wyatt another chance?

The Bold And The Beautiful (B&B) Spoilers: Logan Sisters Won’t Back Off –…

B&B Spoilers: Eric Driven To Satisfy Quinn Using Carter – Wrong On So Many…

The Bold And The Beautiful (B&B) Spoilers: Sheila Works On Jack – Breaks…