Days of Our Lives Spoilers And Recap Thursday, August 8 Is Brady Figuring It Out? Kate Accuses Tony Of Lying 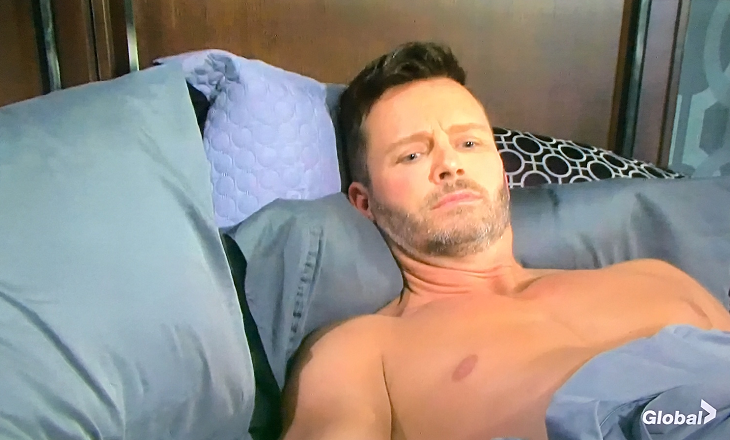 Days of Our Lives (DOOL) recap for Thursday, August 8, 2019, reveals Gabi Dimera (Camila Banus) asks the butler to bring her coffee and contacts Abe Carver (James Reynolds) to dictate a statement for her.

Gabi tries to make a statement about Stefan DiMera (Brandon Barash) and throws her recorder, almost hitting Rafe Hernandez (Galen Gering). Gabi apologizes to Rafe – he wonders why she threw it. Rafe says he guesses Gabi married Stefan, she tells him she kicked Stefan out last night. Rafe wants to know if Gabi knows where Stefan went or what he did. Rafe tells Gabi about Stefan’s arrest; she knows Stefan didn’t kill Ted.

Gabi defends Stefan to Rafe again. Gabi tells Rafe that Nicole is behind this. Rafe says Stefan was holding the gun that killed Ted. Gabi claims she is going to ruin Stefan’s life because he ruined hers. Rafe suggests that Gabi is in love with Stefan. Gabi says she has been planning on getting even for months. Rafe says the bail hearing is today and Stefan has no money to get out. Rafe thinks Stefan will target Gabi now, but she tells Rafe that Stefan would never hurt her. She makes a speech supporting Stefan. Stefan arrives at the mansion and hears Gabi’s speech.

Days of Our Lives Hope Brady (Kristian Alfonso) is at the pub when Kayla Johnson (Mary Beth Evans) joins her. Kayla tells Hope she heard about Ted Laurent’s (Gilles Marini) murder. Hope tells Kayla that she broke up with Ted last night and Stefan is pointing the finger at her.

She says she could be the next number one suspect. Hope pulls out the money she found last night and tells Kayla where she got it. Hope was still bothered by the encounter last night. She goes back to the park to check the garbage can and finds the necklace Ted gave her. Rafe comes upon Hope and asks what she is doing.

Days of Our Lives Rex Brady (Kyle Lowder) walks into the living room and is greeted by Maggie Kiriakis (Suzanne Rogers). Rex is upset because Maggie knew about Sarah Brady’s (Linsey Godfrey) feelings for Eric Brady (Greg Vaughan). Rex is furious when he finds out Sarah didn’t come home last night. Rex storms out and heads to Eric’s, and Maggie tries to call her with a warning. Rex goes to the hospital and quits work, effective immediately.

Days of Our Lives, Eric and Sarah wake up in bed together. Sarah thinks Eric is thinking about Nicole, but he assures her he’s not. Sarah says Nicole is the love of Eric’s life. He replies she not anymore; she not the same woman. Sarah asks Eric if Rex is bothering him. Eric thinks Rex worked very hard to make things up to Sarah. Sarah says that kills her too.

Eric was trying to do right by Rex and hurt him even more by living a lie. Sarah agrees and wants Eric to tell her this doesn’t feel right; he can’t. Eric tells Sarah he doesn’t want to keep this a secret from Rex. Sarah wants to have breakfast with Eric. Eric tells Sarah he is crazy about her.

Rex walks in and wants to know if they had a good night last night. Sarah didn’t want Rex to find out this way. Rex tells Eric and Sarah that Xander was his drinking partner last night. Rex says both he and Xander were sacrificed on the altar of Saint Eric. He plans to clear his stuff out of Maggie’s house. Sarah wants to to be civil and work together, Rex leaves. Eric fixes breakfast, and Sarah regrets having to face everyone at work.

Brady Black (Eric Martsolf) wakes up in bed with Kristen DiMera (Stacy Haiduk). She is dreaming that she revealed herself to Brady and he accepted her as Kristen. She wakes up and thinks about how much she wanted to tell Brady the truth. Brady starts to caress Nicole but she jumps away from his touch. Nicole claims it is because of her scar tissue. Nicole thinks last night wasn’t good for Brady; he disagrees, it was just different. Brady asks where Tony is, Nicole doesn’t care. Nicole goes to take a shower and Brady sudden flashes to Kristen and gets a startled look.

Days of Our Lives Kate DiMera (Lauren Koslow) wakes up and finds Tony DiMera (Thaao Penghlis) looking at her. Kate tells Tony she is afraid she will die next. Tony tells Kate she seems afraid. She says she and Ted were held in the DiMera tunnels. Kate says Stefan isn’t the one she is most afraid of; Tony wants answers. Kate tells Tony she was threatened with death if she told the truth. Kate says maybe Tony can help; Kate tells Tony that Kristen kidnapped her and Ted, not Stefan.