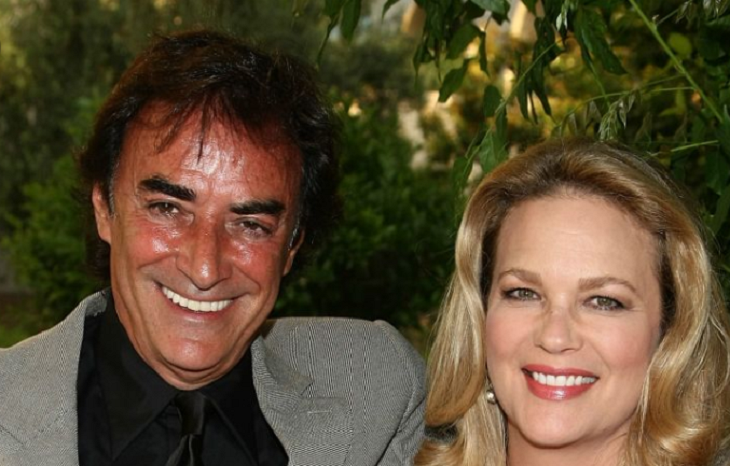 Days of Our Lives spoilers tease that Tony DiMera (Thaao Penghlis) and Anna DiMera (Leann Hunley) will finally meet in Salem when she returns. But will they be able to move beyond Tony’s betrayal of Anna when he married “Nicole Walker” (Adrienne Zucker), who viewers know is really, of course, Kristen DiMera (Stacy Haiduk) his own sister?

It was never Tony’s intent to betray Anna. In fact, when Kristen first came to him with her plan to get married with her masquerading as Nicole Walker in order to get the family business out from under their brother Stefan DiMera (Brandon Barash), he was very hesitant to do so!

His hesitation was because he didn’t want to betray Anna, even though she was not in the area at that time and she thought he was dead. As a matter of fact, Anna carried a little cocktail shaker in her purse for years, with Tony’s ashes in it…or at least that is what – or perhaps, WHO – she thought she was carrying around with her!

Tony isn’t in love with fakeNicole, he is still in love with Anna, even after all these years! She is the one he wants, and he will need to try and convince her of that. Other Days of Our Lives spoilers tease that Anna and Tony indeed will talk about why Tony “married Nicole”, and he will likely tell her that she’s really Kristen, and the whole thing is fake so she could get back with Brady Black (Eric Martsolf) and she couldn’t do that like herself, because of Brady’s and Kristen’s past history.

Hence, the masquerade and disguise as Nicole, but yet she had to have the DiMera name to try to unseat Stefan. Of course the whole convoluted mess would not make any sense at all to any rational person, but it would seem that the DiMeras have a history of not making any sense and of not being rational people. Longtime Days of Our Lives viewers will recall how many crazy schemes Stefano DiMera (Joseph Mascolo) perpetrated throughout the years, and Kristen seems to idolize her adoptive father. she thinks of herself as the “New Phoenix!”

Andre DiMera (Thaao Penghlis) also called himself the “New Phoenix” so that seems to be a title that is passed around among the members of the DiMera family and likely fought over as well.

Days of Our Lives Spoilers – But Has Anna DiMera Changed Over The Years?

One thing that Tony needs to consider is that he and Anna have been apart since 2009. That is ten years, and sometimes people do change. Anna and Tony had been on again and off again in their past as well, although it is true that some of that were due to Andre’s impersonations of him.

The first time they married in 1983 it was due to Anna’s trickery, having drugged Tony and forcing him to marry her in Las Vegas, which he was very upset about! Might she still have that manipulative side to her?

But then Tony, although he has become a better man over the years, was no saint in his past either. He raped a woman, Liz Chandler (Gloria Loring) in his younger years. Liz was also Tony’s first wife. Oh yes – people can and do change, sometimes for the better, but sometimes for the worse!