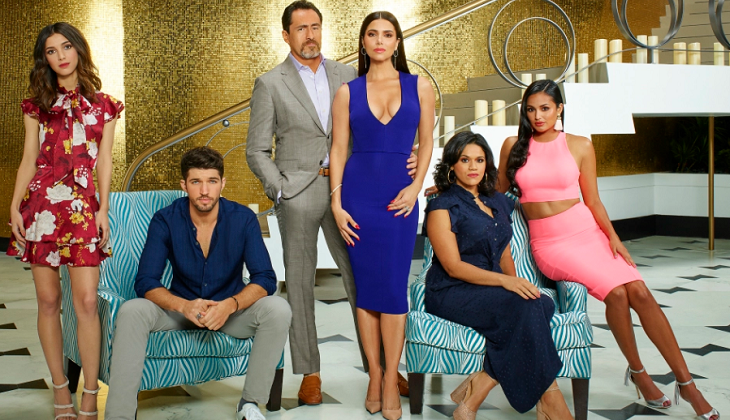 Grand Hotel has been making waves as fans have been loving all of the dramatic scenes, the sexy cast and of course the non-stop action on the ABC summer hit.

The series was created by former Young and the Restless star Eva Longoria (Isabella Brana) and stars two daytime television stars: Bryan Craig (General Hospital, ex-Morgan Corinthos) and Denyse Tontz (All My Children, Miranda Montgomery). But will the show come back for a second season? That’s what fans want to know!

Grand Hotel is about the last family-owned hotel in multicultural Miami Beach. Charismatic Santiago Mendoza owns the hotel, while his glamorous second wife, Gigi, and their adult children enjoy the spoils of success.

The hotel’s loyal staff round out a contemporary, fresh take on an upstairs-downstairs story and is based on a similar Spanish series. The first episode premiered on June 17 and so far the show has enjoyed solid summer ratings.

Don't be that person. #GrandHotel pic.twitter.com/o9r34eFYOr

Plus, fans are also loving the fact that they get to see Bryan Craig on prime time television! When asked how his character Javi Mendoza stacked up compared to Morgan Corinthos, he told Michael Fairman TV: “I think it’s one of the most layered characters that I’ve ever played. There’s a lot going on with Javi. He has a big disability, kind of like Morgan did. It’s a physical disability, and there are a lot of challenges that come along with that.

“He also has a substance problem. So, some of the same issues and in the same world that Morgan was in. Javi is a very troubled character, but he is also a lot of fun, and a ladies’ man … and sleeps with a lot of women!”

Right now, fans are crossing both their fingers and their toes that the show will come back for a second season. But as of press time, it doesn’t look like the network has made any decisions just yet.

As a matter of fact, ABC’s President of Entertainment Karey Burke has revealed that the network hasn’t made a renewal decision and that they plan on finding out how the ratings will look like by the end of the season before they decide.

“We’re going to wait until the end of its run. It’s a show we like a lot. It’s a show that I wish the ratings were a bit stronger but we’ll make that decision after its run,” Burke said.