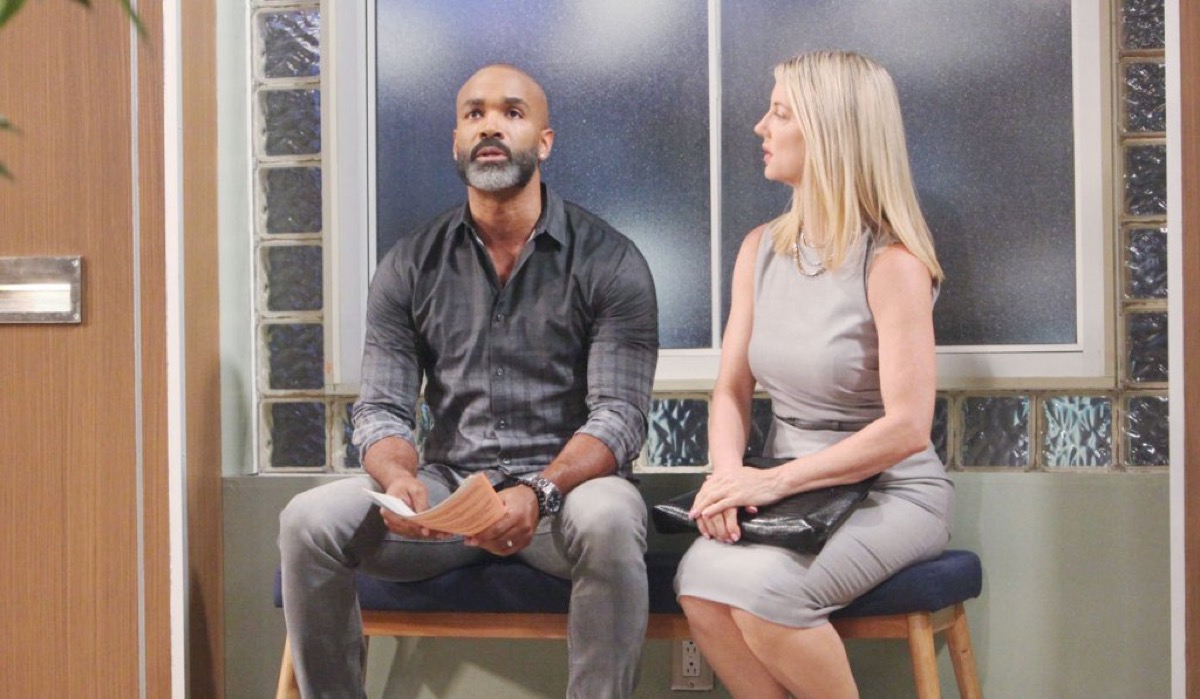 Early edition spoilers from Soap Opera Digest indicate that Nina won’t be the only one who will worry about a missing Liesl; Jasper Jacks (Ingo Rademacher) will wonder what happened to her as well! Since Liesl writes a column for The Invader, Peter August (Wes Ramsey) will also undoubtedly wonder where his employee is! As General Hospital viewers know, the last time Liesl was seen was in Monday, August 5th’s

General Hospital episode, where she and Brad Cooper (Parry Shen) seemed to have arrived at an agreement for both to keep their mouths shut by the use of mutual leverage; Liesl had threatened to turn Brad in for pushing her off the Haunted Star, and to tell what she knew about Wiley Cooper-Jones (Eric and Theodore Olson) being Nelle Benson (Chloe Lanier) and Michael Corinthos’ (Chad Duell) baby, but he blackmailed her to keep her mouth shut or he would tell that her daughter Britt Westbourne (Kelly Thibaud) knew the baby swap secret too, which would make her an accessory and violate her parole!

While Valentin Cassadine (James Patrick Stuart) and Liesl don’t get along all that well, he knows that Nina loves her aunt, so he would be loath to harm her in any way. However, there is another person that has an agenda against not only Nina, but Valentin as well, and that is Cassandra Pierce (Jessica Tuck)! Cassandra already poisoned Sasha Gilmore (Sofia Mattsson) while she was on Sonny Corinthos’ (Maurice Benard) island with Michael Corinthos (Chad Duell) by injecting something into her grapefruit; she should be showing some symptoms soon.

Cassandra may be taking revenge against Nina, who put her into a coma by injecting her with her own drugs in self-defense, and she may be striking out against her family – and that means Liesl, since she already attacked Sasha. Cassandra knows that Valentin knows her too well so she is not likely to try poisoning his grapefruit or attack him by some similar means!

Maxie Jones (Kirsten Storms) has also become close to Liesl, as she is her son with her late husband Nathan West’s (Ryan Paevey) grandmother. Liesl has softened being a grandma to baby James West (the Marciano twins) and has regretted not being a mother to her late son Nathan, which is why she has developed such a conscience in favor of Michael knowing Wiley is really Jonah Corinthos, and also in favor of little Wiley knowing Michael as his father, although she doesn’t seem to have a lot of compassion towards Nelle!

Maxie undoubtedly will take concern and be upset when it becomes apparent that Liesl is missing, because she knows that she hasn’t done anything for which she’d want to skip town for like when she tortured Peter in her grief over Nathan! Peter will support Maxie over Liesl’s absence.

So who has Liesl this time – or who may have done her in? Brad? Cassandra? Maybe Hayden Barnes (Rebecca Budig)? Stay tuned to General Hospital and keep checking General Hospital spoilers frequently for all the latest news, updates and developments, and to see how this all plays out!