The Young and the Restless Spoilers: Selfish Abby Continues To Toy With Nate, Does She Deserve His Love? 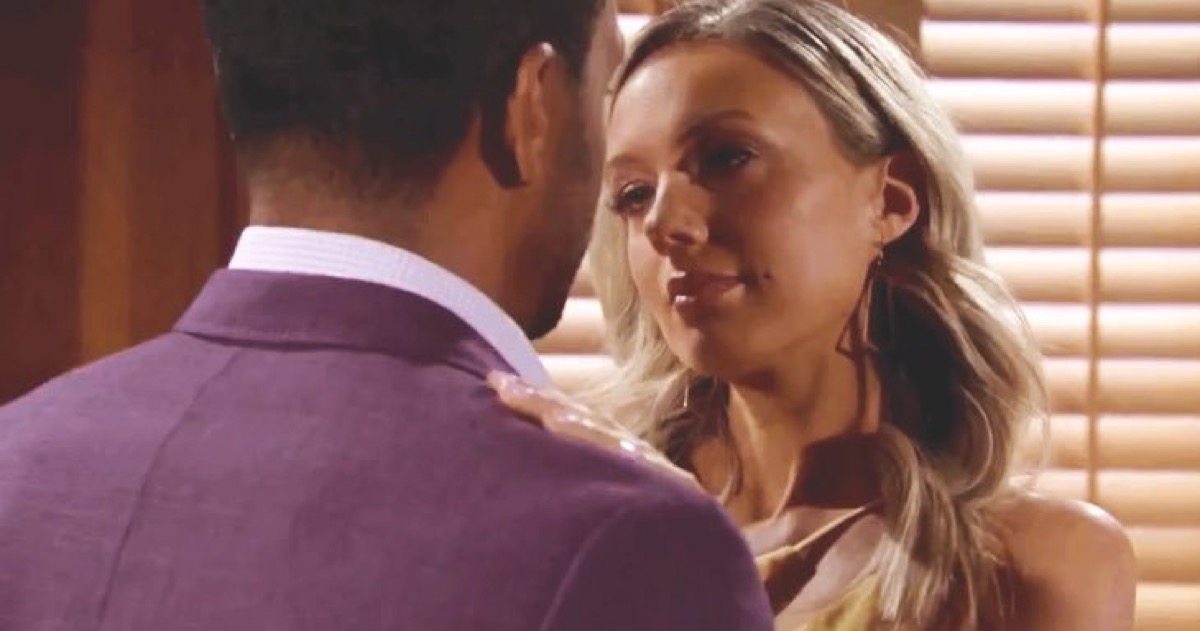 The Young and the Restless Spoilers – Abby Newman Gets Support

The doctor has proven himself to be a good guy. He’s respectfully been pursuing Abby and is now being patient with her.

Devon Hamilton (Bryton James) has been offering some wise advice about his friend to his cousin Nate. But many in the past have made Abby’s outbursts all about her, choosing not to focus on how the other person, or people, are affected by whatever Abby’s feelings of the moment may be.

Most recently, Abby went off because she wasn’t allowed to be in charge of Lola’s bachelorette party. Then, after spurning him, she asked Nate to be her date for the event. How long will Nate be able to withstand the swirl?

Young and the Restless Spoilers Wednesday, August 7: Sharon Blasts Adam After Rey Catches Them Together – Chelsea and Phyllis Clash

A cool splash in the pool might help to clear Abby’s mind, along with some serious introspection. What’s being suggested isn’t anywhere near what Mia Rosales (Noemi Gonzalez) once did to Lola Rosales (Sasha Calle) last winter, when she mistook her for Abby.

Instead of the former in the all-together heiress, as Abby was known when she was played by Emme Rylan (who now plays Lulu Spencer on General Hospital), needs to take a quick, cold dip in the pool at the Abbot estate, or even just down some lemonade at Society. Maybe either option could become part of a mind reset to reality circa 2019.

Young and the Restless Spoilers – Abby Newman Was A Wild Child

Abby was a wild child in her earlier incarnation. But she’s seemed to have matured in recent years. That actually began when this character was married to Dr. Ben Rayburn (Sean Carrigan).

Y&R wrote Carrigan out, which caused Ordway’s character to suddenly proclaim that she never loved Stitch. That came across to the audience as odd. However, at least Abby was maturing through her first legitimate marriage and positive handling of Ben’s son, Max Rayburn (Jared Breeze).

Devoted viewers recall that Nate (as then played by Brooks Darnell) returned to town last year after not being seen since earlier this decade. He was tasked with being Nikki Newman’s (Melody Thomas Scott) concierge doctor.

Nate’s backstory during the intervening years was said to have involved him losing true love. He’s rarely spoken about it, but the plot point is being referenced in order to underscore that many residents in Genoa City, Wisconsin, endure meaningful events in their lives.

The character Dominic is now playing has chosen to handle his personal issues with the class. Now, he’s off-put by Abby’s mixed signals and her quixotic behavior.

Nate needs someone who adds balance to his life and could become a potential spouse. Abby will need to do a lot more to prove worthy of his love, rather than reverting to thinking that Nate, or others, must focus on her perceived needs.