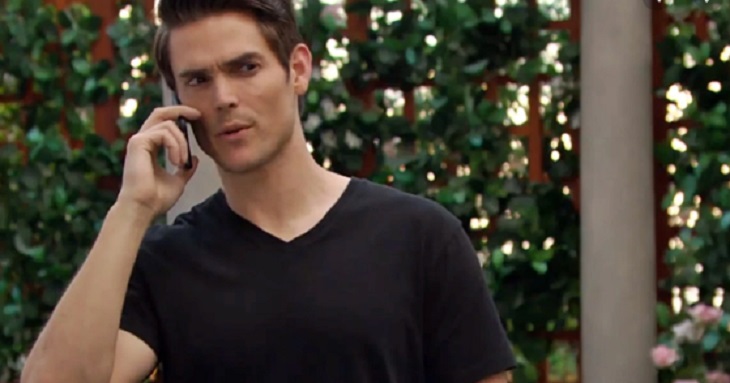 “The Young and the Restless” spoilers for Friday, August 9, tease that more bachelor-bachelorette party drama is on the way. On the rooftop, Abby Newman (Melissa Ordway) and Summer Newman (Hunter King) continue tearing into each other. Mariah Copeland (Camryn Grimes) and Tessa Porter (Cait Fairbanks) do their best to settle them down, but that’s obviously not an easy task.

Over with Theo Vanderway (Tyler Johnson), he gets into it with Kyle Abbott (Michael Mealor) until they decide to let their fists do the talking. Lola Rosales (Sasha Calle) senses that things are spiraling out of control, so she grabs a microphone and pleads for peace. She gets that people at this party have complex histories, but she’s hopeful they can put the conflict on hold for the rest of the bash.

Mariah thinks Lola’s got the right idea and keeps the positivity going with a sweet toast to the happy couple. Once the party’s back on track, Jack Abbott (Peter Bergman) and Traci Abbott (Beth Maitland) chat with Lola briefly. After Celeste Rosales’ (Eva LaRue) absence comes up, Jack gives Lola a hug before turning his attention to Summer. He isn’t pleased about all the chaos and warns about Theo being trouble.

Afterward, Jack lets Kyle know he’s got a plan. He intends to fly to Miami and vows not to return without Celeste. Back with Summer, she stares at Lola and Kyle before she leaves with Theo. They get stuck on the elevator as they’re going down, but they decide to take advantage of their time alone with a sex session.

Meanwhile, Nate Hastings (Sean Dominic) is frustrated over the way Abby’s been acting. Elena Dawson (Brytni Sarpy) doesn’t think chasing after Abby is the answer. She distracts Nate with some dancing before he tells Abby he’s taking Elena home. Abby’s taken aback, which Elena views as a good sign. She feels it’s best for Nate to back off and see what Abby does when he’s not pursuing her.

At Society, Victoria Newman (Amelia Heinle) gets updates on Nick Newman’s (Joshua Morrow) altercation with Adam Newman (Mark Grossman) in the park. Nick insists Adam goaded him into it, but he gets that it was a bad call. Victoria scolds Nick about his temper getting the best of him. She also gets the scoop on Connor Newman (Judah Mackey) returning to town.

Young and the Restless Spoilers – Victoria Taunts Adam Over Custody

Adam happens to be nearby, so Victoria waltzes over to remind him he could lose visitation if he causes anxiety for Christian Newman (Alex Wilson). She feels Adam used Christian to provoke Nick, but Adam fires back about Nick’s assault. He wants his brother to do jailtime for it. Nick has a meeting with Rey Rosales (Jordi Vilasuso) later to share his version of events. Rey notes that he can stall, but he still has to do things by the book.

At Nick’s house, Chelsea Newman (Melissa Claire Egan) talks to Connor about making Genoa City their home again. Connor mentions Calvin Boudreau (John Burke) and how he doesn’t have a dad now. Chelsea points out that Connor actually does since they were wrong about Adam. She gently explains that the explosion didn’t kill Adam, so he’s alive after all.

Connor gets excited and wants to see his father right away, but Chelsea’s call to Adam goes unreturned. She suggests Connor can visit tomorrow. Connor begins to worry that his dad’s rejection prompted lies about his death. He fears Adam doesn’t want to be his dad anymore and gets mopey. Chelsea’s concerned about the kid, so she calls Nick to let him know Connor will reunite with Adam tonight.

Victoria gives Nick a bit of a pep talk about the news. She points out that maybe having Connor back in his life will make Adam less obsessed with Christian. Nick feels like Adam will just end up fighting for custody of both Christian and Connor. At Adam’s penthouse, he’s shocked to open the door and find Connor with Chelsea. Adam goes in for a warm embrace with his boy and tells him how much he loves him.

Young and the Restless Spoilers – Connor And Adam’s Emotional Reunion

Connor wants to spend the night with his dad, so Chelsea caves in on one condition. She plans to stay the night there, too. “The Young and the Restless” spoilers say a fantastic episode’s coming up. We’ll keep you posted as other Y&R details and rumors emerge. Stay tuned to see what’s ahead on the CBS soap.

The Young And The Restless Spoilers: Implications Of Victor’s Coverup –…