Young And The Restless Spoilers: Will Billy Discover Someone Else Killed Delia? 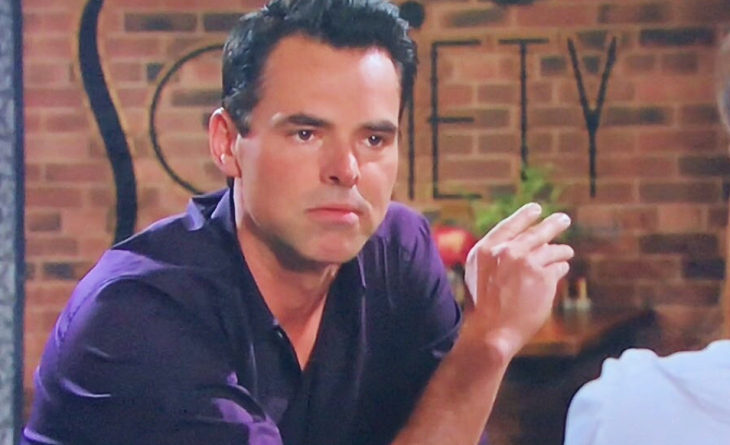 The Young and the Restless (Y&R) spoilers tease that there has to be a reason the writers are bringing Delia Abbott (Sophie Pollono) back up after all this time. Is it possible they will finally admit that Adam Newman (Mark Grossman) did not hit the young girl on that snowy night?

Delia’s death was settled almost three years ago when Adam was convicted of manslaughter. In turn, Victor Newman (Eric Braeden) helped his son break out of prison, but not before Chloe Mitchell (Elizabeth Hendrickson) nearly blasted Adam into a million pieces.

The whole storyline seems like it came out of nowhere. Billy Abbott (Jason Thompson) was handling Delia’s death well. He had moved on to a new normal and was enjoying life again. Then, Adam’s arrival back in Genoa City threw Billy off and he’s back to grieving for his little girl.

Young And The Restless Spoilers: Troublemaker Theo Wants Phyllis, Will They Sleep Together?

With Billy in full grief mode again, this could be the perfect time to clear Adam’s name and reveal the real person who killed the little girl on that night.

After all these years of blaming Adam for Delia’s death, imagine if he was never at fault. What if it was someone else. Billy would be shocked to find that out and it would really throw him for a loop.

Several Y&R think that Delia’s real killer could be none other than Nikki Newman (Melody Thomas Scott). That night she was out drinking and driving. She could have hit the little one and not known.

Young And The Restless Spoilers – Was Adam Newman Really Responsible?

They could explain the scarf under Adam’s car easily too. Perhaps, it blew under when he drove by. It would make fans happy, but the question remains, where is the Delia storyline headed?

The Young and the Restless Spoilers: Selfish Abby Continues To Toy With Nate, Does She Deserve His Love? #yr #youngandrestlesshttps://t.co/eWhRyqu7FL

It’s possible that the show just wants to showcase Billy’s grief and show that the pain of losing a child never goes away. You will always hurt for them and want to be reunited with them, even after several years.

Do you think Adam was the one who ran Delia over on that snowy night? Could someone else have been responsible? Don’t forget to come back later for more The Young and the Restless (Y&R) spoilers, news, and casting updates!