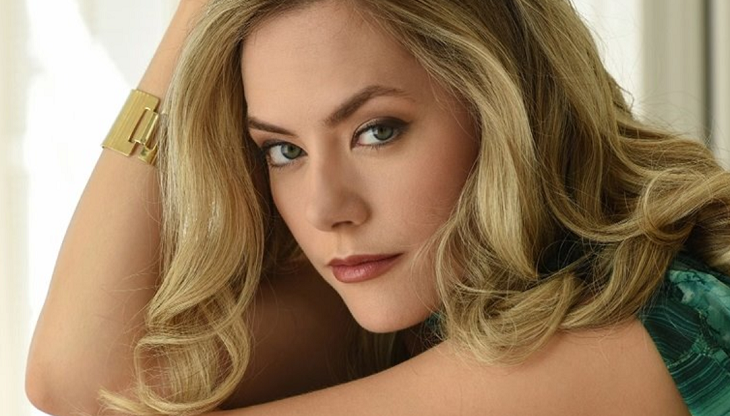 Annika Noelle, who’s popularly known for her role as Hope Forrester on “The Bold And The Beautiful,” shared some of the things that make her smile.

Her character may have gone through tough times, but Noelle has a lot of things to be happy about. In an interview with Soaps in Depth, she was kind enough to share the things that brighten up her day.

The first on her list is her cat, Henry. Noelle got her fur baby from an L.A. animal shelter when he was still a kitten and was supposed to be put down for having medical and behavioral problems.

Noelle adopted him and nursed him back to health. She also calls him The Burrito Man since she had to wrap him like a burrito when feeding him while he was young. She’s also a lover of animals of all kinds.

“When I graduated from college, I took a trip here and worked with elephants for about a month. It completely changed my life, including the way I view animal tourism and the animal trade,” she said. “It took off a blindfold that I didn’t even realize I had been wearing. Being able to interact with these animals and taking care of them encouraged my passion for animal advocacy.”

Noelle was proud to say that she has “an adventurous heart.” From Europe to Thailand, traveling is one of the many things she loves to do. “It just opens you up to so many different cultures and experiences, and it really expands your horizons in so many ways. I love exploring,” she said. But if there is one place that is close to her heart, it’s no other than Boston.

“I grew up in the suburbs of Boston, and that city made me the woman I am today. It’s so beautiful, the people are so down-to-earth and real, and there’s also that Boston grittiness. I think it’s the greatest city in America, and I miss it all the time.”

Now that she’s an adult, she understands why people love coffee. She hated it when she was young but now she needs one every morning to get her going. Autumn is her favorite season.

“L.A. doesn’t really have fall, but it’s my favorite season,” Noelle said. “That crisp, cold smell in the air and the crunchy leaves beneath your feet and getting wrapped up in warm blankets and drinking hot cocoa… It’s such a cozy feeling, and it’s the time I’m most homesick for Boston.”

On “The Bold and the Beautiful,” Noelle is an integral part of the baby swap storyline. Spoilers reveal that  Hope and Liam Spencer (Scott Clifton) are set to break the news to Steffy Forrester (Jacqueline MacInnes Wood) that the baby she’s raising was adopted by her illegally. Viewers have to tune in to know what happens next.